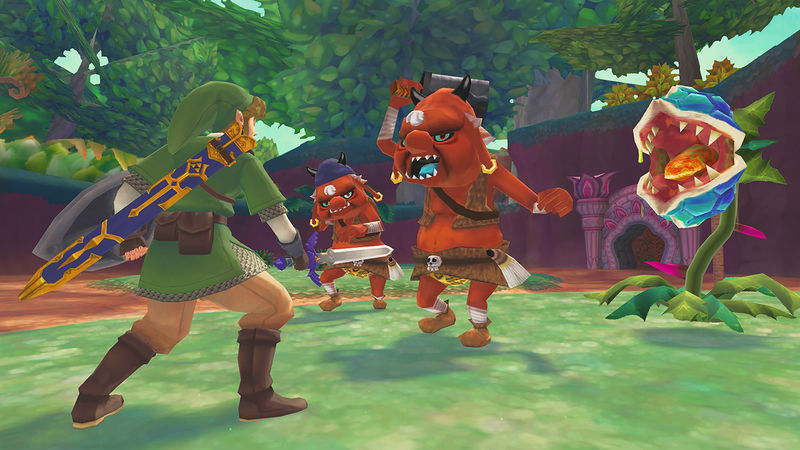 3.9
Nintendo’s The Legend of Zelda: Skyward Sword HD is just around a week away now with the game scheduled to release on July 16th, and in the buildup to that launch, we’ve gotten one more trailer to prep Zelda fans for its release. The hype trailer that comes in at just over two minutes features Link and all sorts of baddies and adventures he’ll encounter in the game, though if you’re coming to this one from the original, you’ll already be plenty familiar with the scenes shown.

Unlike the last trailer released that talked about enhancements made in the HD version of the game, this trailer doesn’t exactly have “new” content aside from being a new trailer itself. It shows plenty of combat and exploration scenes from the game, but nothing in the way of any sort of revelation about something that’ll be different from the original. If nothing else, you can check out the trailer below just to hear the game’s iconic music playing again.


If you’re looking to learn more about what the enhancements actually are in the HD version, Nintendo went into detail about those improvements not long ago. Things like improved graphics and better framerates are to be expected and will indeed by in the game, but some other changes were also made to help newcomers out or those who know what to expect and just want to speed through the game.

Need to play this, heard it's a really good game but never played cause I hated how you had to play with the nunchucks till now.