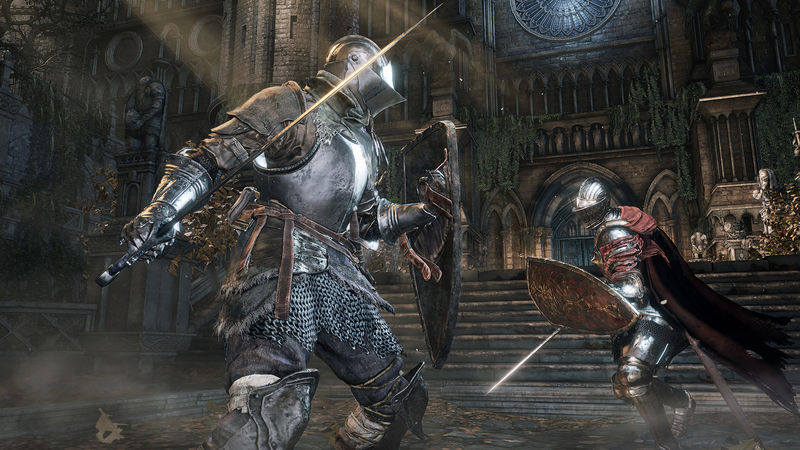 3.5
Dark Souls 3 is the latest game to receive an FPS boost update on Xbox Series X and S consoles.

It also reminded players to reboot their consoles after downloading the update, to make sure it works as it should.

Don’t forget to reboot your console after the game updates to get the most out of FPS Boost on Dark Souls III!


The FPS boost was given to Digital Foundry early for testing purposes, and it reports that the results are impressive.

The Xbox One version of Dark Souls 3 had a cap of 30fps but the game regularly failed to hit this target, leading to inconsistent frame pacing and judder.

According to Digital Foundry, the new FPS boost update removes this cap and delivers a nearly perfect 60fps instead on both Xbox Series X and S.

It does point out, however, that the resolution hasn’t been improved in any way, meaning the game still renders at 900p even though the Series X and S could easily handle an increase in resolution as well as frame rate.

A PlayStation 4 Pro patch was released for the game shortly after its release back in 2017, which also unlocked the frame rate, but reaction to it was varied because the Pro struggled to hit a steady 60fps. The PlayStation 5, however, delivers a solid 60fps because of its extra processing power.

Because the PS4 version renders at 1080p, this means the PlayStation 5 is still the best way to play the game in terms of visual quality.

Microsoft added FPS boost to more than 70 games in May, bringing the total number of supported games to 97.

Announced in February, FPS Boost is a system-level feature that increases performance in select backwards compatible titles without requiring changes to the original game code.

It sees supported Xbox One games run at up to four times their original frame rate. The first five titles to use the feature from February were Far Cry 4, New Super Lucky’s Tale, Sniper Elite 4, Watch Dogs 2 and EA’s UFC 4.

I remember playing this on my xbox one and it would run on 20fps most of the time lmfao. Now im on PC