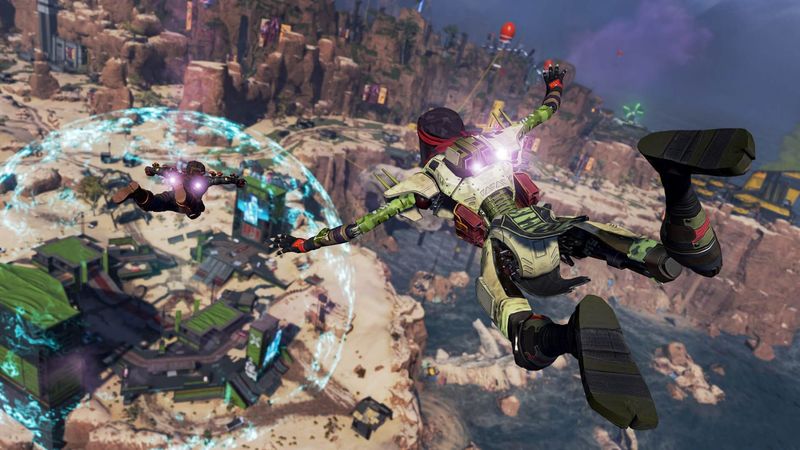 3.8
Apex Legends was hacked recently by disgruntled Titanfall players who sought to bring attention to Titanfall’s own online problems. The hacking efforts resulted in games being unplayable for a while with messages directing Apex Legends players towards a site centered around bringing awareness to Titanfall’s problems which include repeated DDoS attacks. While the attack on Apex was indeed inconvenient to its players, Ryan Rigney, the Director of Communications are Respawn Entertainment, suggested the attack wasn’t as impactful as the hackers might’ve hoped by saying “they achieved nothing of value.”

Rigney tweeted about the hacking situation as it was happening days ago and followed up again afterwards with more comments reflecting on the situation. He shared an article lambasting the hackers for their attack, and he refuted the insinuations from the savetitanfall.com campaign that said Respawn has been “willingly pretending that they do not know about the situation.”

The problem's not awareness. It's that DDoSing in particular is just a hard problem to solve. Really hard.


The site orchestrated around “saving” Titanfall in turn suggests that the state of Titanfall equates to an “act of fraud.”

The team has never stopped working on DDoS solutions, and anti-cheat is just a never-ending war of whack-a-mole.

On the DDoS front, we WILL solve this. When we do, I promise you it won't be because hackers "made us aware" by ruining a holiday.

They achieved nothing of value.


Rigney continued his comments by saying that the teams haven’t ever quit on their anti-DDoS work and that anti-cheat efforts are never-ending, a statement backed up by the growing number of endless bans we see in games like Call of Duty: Warzone and more as cheaters and anti-cheat times go round and round. He ended his thread by saying that the hackers achieved nothing of value with this attack on Apex.

If the intent of the attack was solely for awareness, it could be argued that it was indeed successful since many Apex players who may not care at all about Titanfall at least know about the older game’s problems now. However, if you didn’t play Titanfall and didn’t care before, you likely won’t care now if you still don’t play play – especially if you now know it has matchmaking problems – so we’re back to square one. Players who do care won’t be the ones resolving the problems either while the devs work on anti-cheat efforts, so with that in mind, it seems the attack was indeed without value outside of awareness alone.

This likely won’t be the end of the Titanfall and Apex drama, so expect to see more from the parties involved in the future.

the people behind the hacking of the games code to change everything for awareness for titanfall1 and 2 they gain alot of value.

but modders do not gain value for ruining peoples fun in an online game, learned that lession when i was banned on xbox 8 times 6 for modding 2 for bio bashing campers in cod and first ban was for telling a little kid off who told the pro/the man im being rude

moral is want your message across just break into the said games/developers systems and change parts of the code/names of game modes to say whatever you want to make sure they know to do something.

respawn give 0 fks about the titanfall community so im glad people hacked into the security system and changed the names and what not.
modding on the other hand nah thats a d*ck move