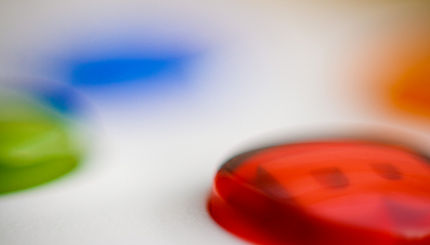 4.5
The next Xbox's rumoured move to block used games would be "a fantastic change for our business," says Volition designer Jameson Durall.

Writing via the AltDevBlog, the Red Faction: Armageddon man claims the general public don't appreciate how much pre-owned game sales are hurting developers, and welcomes rumours that the Xbox 720 could introduce a platform-wide online pass system - throttling the pre-owned market.

"There's another big rumor about the next Xbox console that could really start to shake things up... it won't play used games at all," Durall writes.

"Personally I think this would be a fantastic change for our business and even though the consumers would be up in arms about it at first... they will grow to understand why and that it won't kill them."
He adds: "The system is already there for Microsoft, all they'd have to do is use the DLC and codes model they have to tie a game to your Xbox live account.

"Each retail disc would likely need that unique key somewhere in the code so the account would be able to link it properly. Ideally it would tie a full version to the console it is registered on so family members can play even if the main account isn't signed in, but this is exactly how their model works now anyway."

The designer admits the proposed system would have faults, but goes on to suggest issues such as game rental and lending games to friends could be ironed out by Microsoft.

"I could see Microsoft implementing their own rental service which would maybe give them a code that activates the game for X days and they are charged a small amount," he says.

"This could work when you borrow the disc from someone or even with digital download of the full version. It would also send a percentage of the rental to the Developer with each rental... likely improving the overall revenue we would receive from it."

What if xbox banned? what if xbox broke? what if somebody stole your xbox and you still have games in storage?

I don't think that will happen.

If they do this, I will not upgrade my system. And if I do I will switch platforms.

They would be fueling the fire. Kinda like when ps3 took away the other os install. and whats this?. They had the shizz hacked out of them. ms would be pissing off all the wrong people. and in the end lose more money not only by angry customers who wont put up with ms bull. But also the ones who do something about it just to give bill gates the middle finger

Normally, I don't swear in public message boards, but this is ridiculous.

Mr. Durall, You are the greediest mother **** that I have ever seen exist.

So basically they are saying the making only
$5 mil. is hurting the company?
They are also saying that we really can't sell the games that we own?

If this is what is going to be included in the new Xbox then my die hard Xbox @ss is actually going to go to PS3/4 even though I swore I would never go to the PS platform.

I hope they realize they would lose a lot of customers if you are un-able to buy used games. that's just really stupid and i hope they change it. if you receive a code for a certain amount of time, People will find ways to somehow and they must think this through if they want the plan to be successful.

lewinor trust ms to not give a f*ck about us cos evry1 knows all they care about is money but if they made games good enough to justify a 60 dollars/pounds price tag then they wouldnt need to even worry about that many pre owned games.

yea agreed, somebody should maybe start a petition on this!!!?

this is plain stupid we would have to pay for a game that our friends lent to us and what if we needed a new xbox then what?