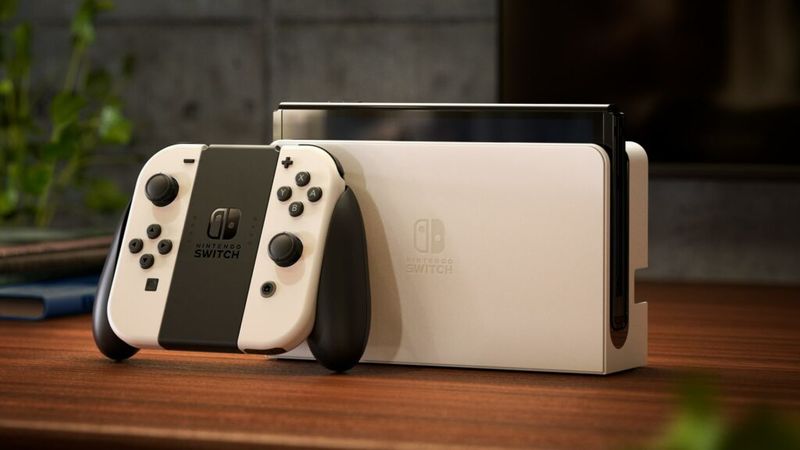 3.7
Nintendo announced a new Nintendo Switch model on Tuesday, and though it’s not called the “Nintendo Switch Pro,” it does offer enhancements the base Switch doesn’t have. It’s called the “OLED Model,” and it features a wide, seven-inch OLED screen along with other changes. It’s scheduled to be released on October 8th for the price of $349.99 and should finally put to rest the many rumors about a new Nintendo Switch model that have been dominating Nintendo discussions for the past few weeks and even months.

We first began to hear rumors, reports, and leaks of a new Nintendo Switch model way back at the start of 2020. And they never went away, taking the surprise out of today's announcement. However, while we knew Nintendo was cooking something up, we didn't have the finer details of the new piece of hardware, and of course, we also didn't have any official intel on the machine.


The OLED model of the Switch features a 7-inch OLED screen which Nintendo says offers “vivid colors and crisp contrast” compared to the other models. To coincide with that screen and support the size, it’s also got a wider stand on the back to convert the console to “Tabletop Mode. Online players will be happy to hear that it comes with a built-in LAN port in the back, and it comes with 64GB of internal storage to save games and more.

The Nintendo Switch originally released back in 2017, and the Nintendo Switch Lite then followed up in 2019, offering a portable-only experience at a cheaper rate. And now two years later, right on cue, a more powerful Switch is here to offer the opposite and likely replace the current standard model in the process.

That said, when the new machine does become available to cop, it's probably not going to be very easy to purchase. Not only have the PS5 and Xbox Series X revealed just how hard it can be to get your hands on new video game hardware, but both the Nintendo Switch and Nintendo Switch Lite were very hard to get ahead of release and the months after. In fact, depending on the time of the year, they are both still quite hard to find, especially now with the global chip shortage.

Another console that is gonna be bought up by scalpers and out of stock for months. I wonder if it'll have stick drift