MW2 Terminal Is Getting A Remake For Vanguard According To Leakers 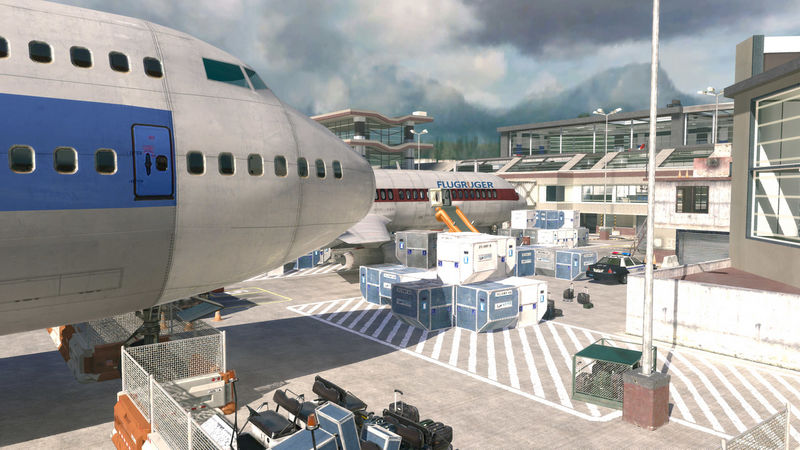 3
Several leakers have claimed that Modern Warfare 2's Terminal map will be getting a remake for this year's Call of Duty, rumoured to be called Call of Duty: Vanguard.

The main leaker behind these rumours is TheMW2Ghost, who has most recently leaked that Hijacked would be coming to Call of Duty: Black Ops Cold War, which was actually recently confirmed in the last month to be true.

TheMW2Ghost said, "Just some small bits to share.I’ve been told that the map ‘London Docks’ from WW2 is apparently coming to Vanguard as season DLC (1 or 2 I think). As well as a WW2 version of a very fan-favourite map from a very iconic COD game…. can’t share what that map is just yet though".

This may seem like a bit of a confusing choice considering Vanguard is rumoured to be taking place in World War 2, but as ModernWarzone says, "Obviously the era doesn’t match the terminal we know, but COD can honestly do whatever they want".

We've seen versions of iconic maps from different timelines in Call of Duty before, such as Nuketown which has been remastered and redone more times than any other map in Call of Duty. It's not too far-fetched for Terminal to get an updated version, perhaps changing the big passenger planes for older military transport vehicles.

The main thing that will be key in making sure this is similar to Terminal is keeping the same layout as the original, which can easily be done even with different vehicles.

This wouldn't be the first time that Terminal has been remastered or remade either. It appeared in Modern Warfare 3, but also saw a space-variant when Infinite Warfare rolled around, so seeing it from a World War 2 perspective might actually make more sense than that iteration.

Terminal is going to be in COD 2021 / COD Vanguard according to @TheMW2Ghost 👀 pic.twitter.com/wWchaTD5Y5

"MW2 Terminal Is Getting A Remake For Vanguard According To Leakers" :: Login/Create an Account :: 5 comments

They need to bring back skidrow

I really wish I could think of even one map post bo2 that seemed as creative and groundbreaking as some maps from the classic games. Cod is the same recycled bs year after year

I'm glad this map is coming back but the last 2 cods have been extreme busts for me because of the strong SBMM. never should 4 out of 5 of my public matches feel like game 7 of the finals where the tdm timer runs out due to the amount of camping.

I just hope they actually make good new maps instead of 2-3 remakes per DLC.

Sledgehammer games remaking an infinity ward map. Must be desperate in the creativity department.

The hyped for this map died 5 remakes ago