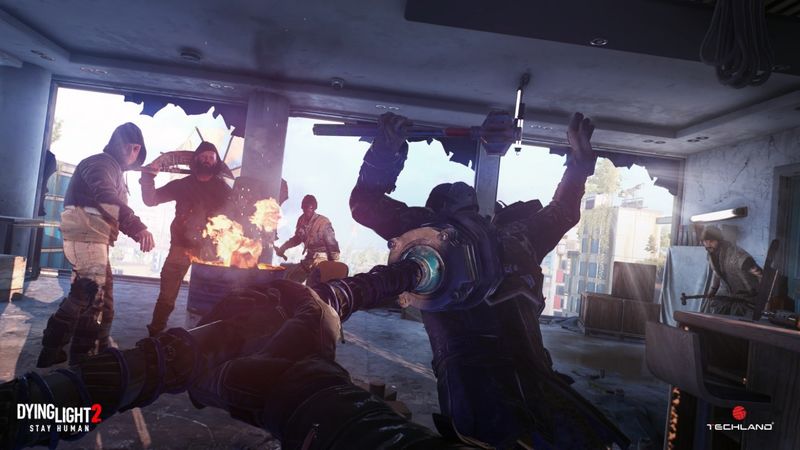 3.8
After multiple looks at Dying Light 2: Stay Human centered around the upcoming game's story, world, and characters, today's Dying 2 Know stream focused on the infected monsters they'll be fighting. A number of new enemies were introduced during the stream, including Sleeping Beauties, Revenants, and Banshees.

The gameplay trailer shows Dying Light 2's protagonist, Aiden, exploring an abandoned hospital for a biomarker, which shows how infected someone is. During this mission, players will have to sneak through the hospital, around groups of sleeping infected that Aiden calls "Sleeping Beauties."

Along the way, other special infected are shown, including a hulking creature with massive arms, called Demolishers, and another that vomits acid, called Banshees. Dying Light 2's version of Volatiles, the threatening special infected enemies present in the first game, also made a terrifying appearance.

The gameplay trailer ended with Aiden running to escape the building after finding that he was about to turn into a zombie. Sunlight and other UV rays slow or stop the process of infection, but it's not clear how having the virus will impact players as they run through the game's city as Aiden.

Prior to the gameplay trailer, Dying Light 2 lead game designer Tymon Smektała revealed another infected called the Revenant. Easily recognized by the strange wing-like growths coming out of its back and its eerily human appearance, Revenants are "smart and intelligent," according to Smektała.

Along with a number of new monsters, Techland announced a prequel comic series to Dying Light 2: Stay Human titled "Banshee: I Am The Cure." Created in a partnership with Dynamite Entertainment, the comic will be available at retail later this year or for free on Techland's website.

Another Dying 2 Know episode is planned to air later this year and will include details on combat and parkour, including the combat styles players will be able to use and the weapons they can craft.