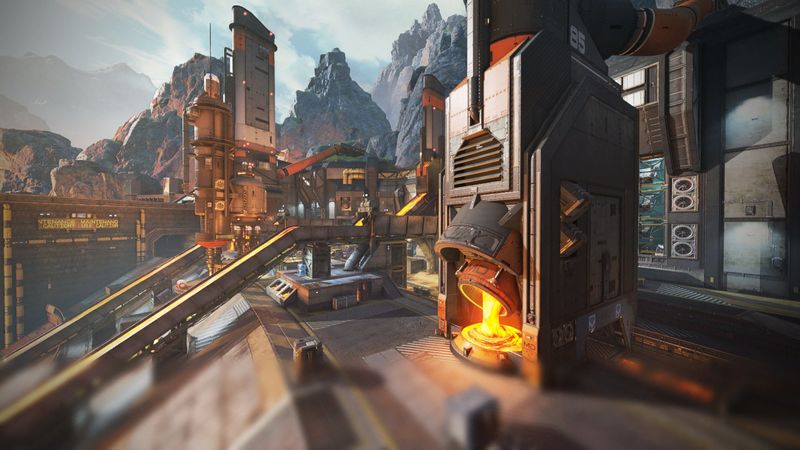 3.6
A new Apex Legends update was deployed recently to kick off the new Genesis Collection Event, and with new game files included in the update, data miners and leakers got to work to discover what was new.

In the new game files, data miners discovered a brand new map for Apex Legends Arenas, titled “Overflow”. The leakers revealed plenty of images for the upcoming map, as well as a blueprint style layout.

Thanks to Apex Legends leaker and data miner, GarretLeaks, we’ve got a detailed look at the upcoming Overflow Arenas Map.

Overflow looks to be based in some sort of factory, with flowing lava pouring from various parts of machinery. Check out images and a blueprint layout of the map below, courtesy of GarretLeaks.


WHEN WILL OVERFLOW RELEASE?
Unfortunately, there’s no knowing when Overflow will release in Arenas. There’s no saying if the map will even release at all.

However, as the map has just been added to the game’s files, it’s possible that we see the release of Overflow fairly soon. It’s also possible that this will be a new Arenas map for Season 10. But again, there’s no way to know and any release date would simply be speculation.

APEX LEGENDS – GENESIS COLLECTION EVENT
Although fans could be waiting some time for the new Arenas Overflow Map, they are able to jump into the new Genesis Collection Event right now. The event features fan-favourite zone, Skull Town, as a new Arenas map.

The map is only available for the course of the Collection Event, which will finish on July 13th.

As well as a new Arenas map, there are new cosmetics for players to get their hands on and even a new Map Takeover. The Legacy Maps Takeover features the original King’s Canyon and World’s Edge maps returning for a limited time.

Still surprised this game is still following to be honest lol, fair play to them but I just don't see what all the hype is about.