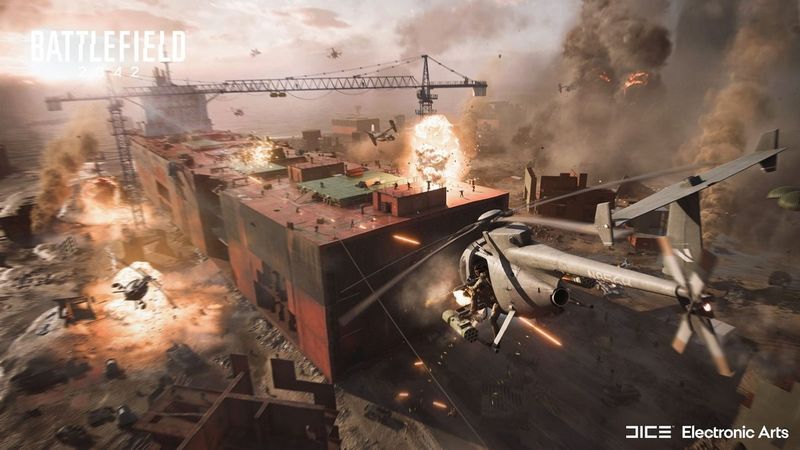 4.5
Battlefield 2042 was formally revealed earlier this month by EA and DICE, and for the most part, the game was very well-received by many prospective players. While it seems as though 2042 already has a good chance of being one of the year's biggest games, many are still hoping that a battle royale mode will be included in this next installment in the long-running series. Even though this mode hasn't been confirmed for the game just yet, one notable insider has said that it may end up arriving in the long run.

According to Tom Henderson, who is a very reliable Battlefield 2042 insider, a battle royale game mode could still very much be present in the title eventually. At this point, one of the only modes that DICE has confirmed will be present is known as Hazard Zone. Details on this mode are quite sparse at the moment, though, which means we don't have a great idea of how it will actually work. Based on some information from Henderson, though, if Hazard Zone doesn't end up gaining steam with the Battlefield 2042 community, it will likely "morph into a more traditional battle royal" experience.


The battle royale genre might be nearing about five years old at this point in time, but it's still often the most-requested feature that many players are looking for in a number of shooters that come about. Battlefield 2042 on its own seems to be quite impressive based on what DICE has shown so far, but excitement for the title would likely climb even higher if such a game mode was announced. Still, just because we haven't received confirmation of a battle royale game type for the new Battlefield entry doesn't mean that there won't be one included whatsoever in the future.

There's still a whole lot more we have to see of Battlefield 2042 before it releases later this year on October 22 for PlayStation 5, PlayStation 4, Xbox Series X, Xbox One, and PC. One venue where we'll likely see a whole lot more of the game in action will be next month at EA Play Live. The showcase from publisher Electronic Arts is set to transpire on July 22 and will contain announcements related to a number of titles from the company.