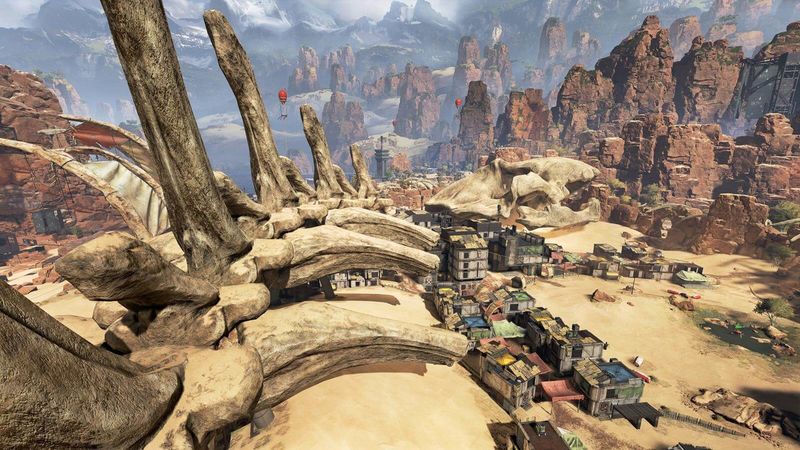 4.2
When Apex Legends first released back in 2019, one of the most popular locations on the game's original map was that of Skull Town. Over time, however, Skull Town ended up disappearing from the King's Canyon map as Respawn Entertainment proceeded to mix things up to keep the game fresh. At this point in time, Skull Town hasn't been seen in Apex Legends in quite some time, but luckily, it sounds like the location will soon be returning.

Teased on social media today, the official Apex Legends Twitter account let fans know that it will likely soon be bringing Skull Town back. Although this wasn't something that was stated outright, the account instead presented this idea as a question. "What if we brought back Skull Town?" the tweet in question asked simply. As you might expect, the replies to the tweet were filled with fans sharing their excitement at the thought of Skull Town finally making a return.


Sadly, this is the only word we have received so far from Respawn Entertainment when it comes to Skull Town's revival in Apex Legends. No such release date for when the locale could be returning has been given just yet. However, the fact that Respawn has brought this up so early in the week might mean that we could hear more about the return of Skull Town in the coming days.

Until then, Apex Legends itself is available to play on PlayStation 5, PlayStation 4, Xbox Series X, Xbox One, and PC.