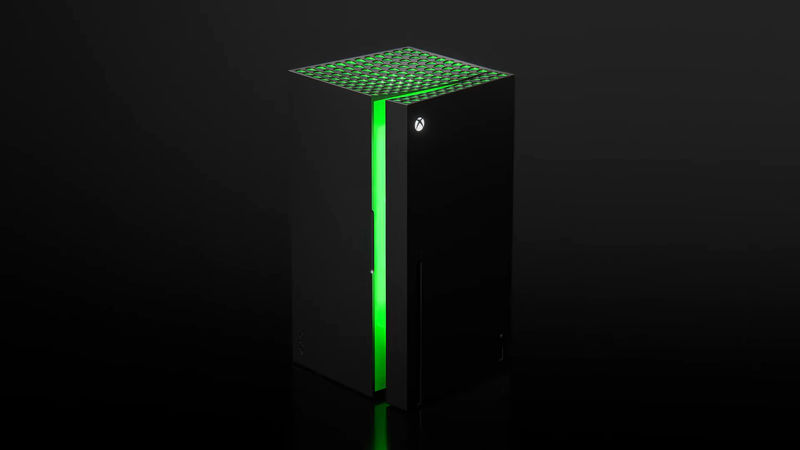 4.1
Immediately following today's Xbox/Bethesda E3 presentation, Microsoft released a brief teaser trailer for what might be the company's most anticipated release this holiday season: the Xbox Series X mini fridge! At this time, Microsoft has not revealed a specific release date or price point for the mini fridge, but we now have confirmation that it's expected to drop this year. Back in April, Aaron Greenberg told fans that if they voted for Xbox in the Battle of the Brands, the mini fridge would be put into production this year. It seems that Greenberg was true to his word, as we now know it will release this year!

The trailer for the Xbox Series X mini fridge can be found in the Tweet embedded below.


After the reveal of the Xbox Series X design at The Game Awards 2019, the console began drawing somewhat negative comparisons to a refrigerator. Xbox could have ignored these critiques, but the company instead opted to lean into them in a major way. In the build-up to the next-gen system's release last fall, Xbox gave away full-size fridges and mini fridges based on the design. Naturally, these quickly became a hot commodity for diehard Xbox fans, and many have been begging for the chance to purchase one for themselves. Now that opportunity is almost here!

The Tweet above has gotten major traction on Twitter, with many expressing their excitement for the Xbox Series X mini fridge's release. The whole thing might seem a bit silly, but it's not hard to see the appeal. Gamers are always looking for fun new merchandise to add to their collections, and this one definitely qualifies! The Xbox Series X design has grown on a lot of people, and the idea of owning that kind of replica is pretty awesome. The Xbox Series X can be a bit hard to come by; hopefully, the fridge based on its design will be a bit easier to secure!

If I can buy this thing in the store before I can buy an actual Series X im gona be pissed....