3.7
Kazuya Mishima from Tekken is the latest fighter to join the Super Smash Bros Ultimate roster.

The news was announced at Nintendo‘s E3 2021 Direct presentation.

Kazuya’s moves are similar to those in Tekken, and focus mainly on close-range hand-to-hand combat.

Super Smash Bros Ultimate is co-developed by Bandai Namco, and the publisher is already represented by Pac-Man.

Director Masahiro Sakurai has stated that a special presentation focusing on Kazuya will be shown on June 28. 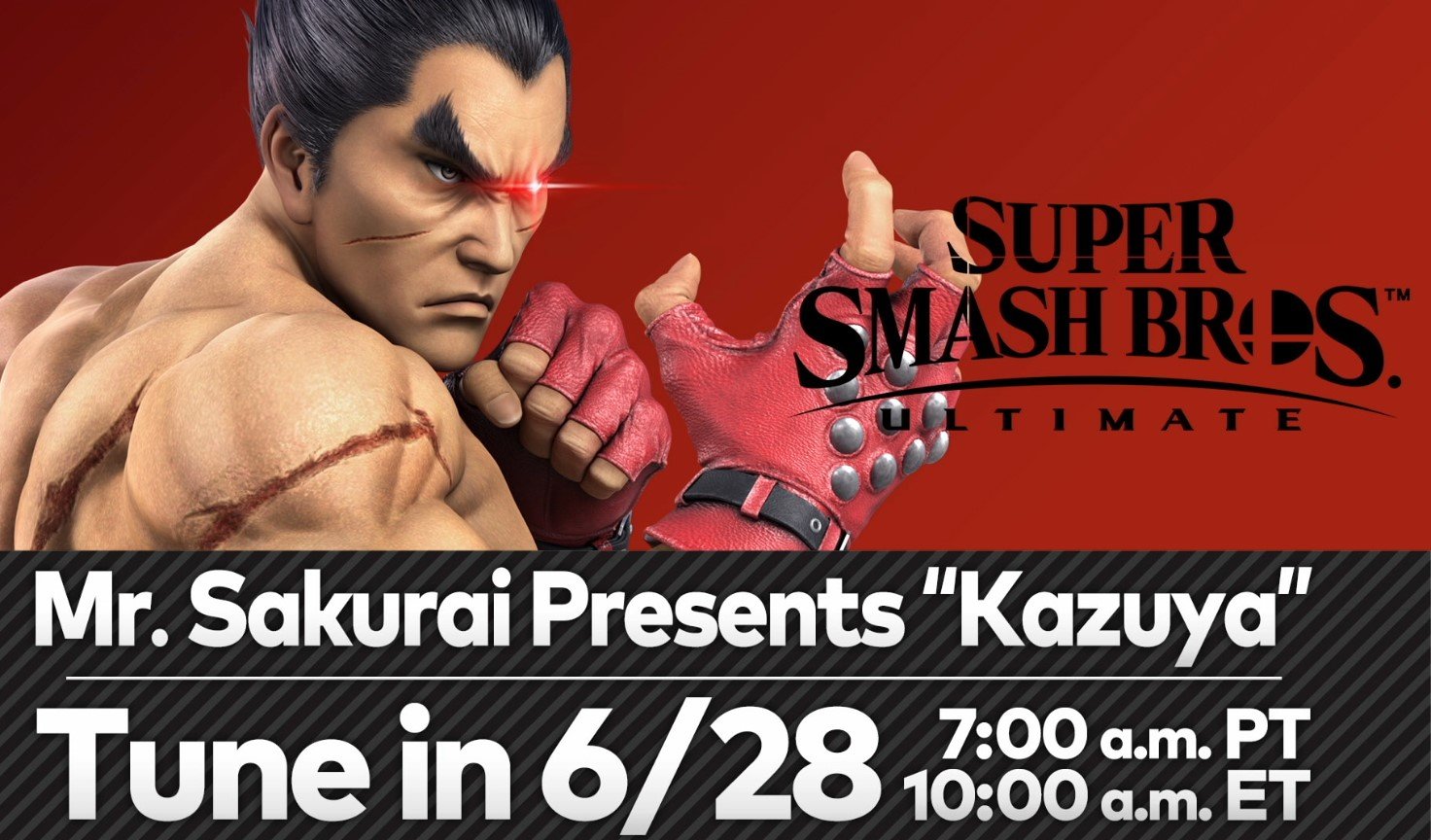 Kazuya was the protagonist of the original Tekken game, and is the son of the series’ original villain Heihachi Mishima.

Over time, he became Tekken’s main antagonist, due to his ability to transform into a demonic character called Devil.

This is not the first time Kazuya has crossed over into other series. He’s previously appeared in the likes of Namco x Capcom and Project X Zone 2.

Kazuya is the 12th downloadable character to be added to Super Smash Bros Ultimate.

Previous additions have included Banjo and Kazooie, the hero from Dragon Quest, Sephiroth from Final Fantasy VII, Terry Bogard from Fatal Fury and Steve from Minecraft.

"Kazuya from Tekken is coming to Smash Bros Ultimate" :: Login/Create an Account :: 2 comments

Never thought they would add him I thought it was going to be somebody else.

Not the addition I saw coming, I bet a lot of people will like it but unfortunately I think even more people will hate it