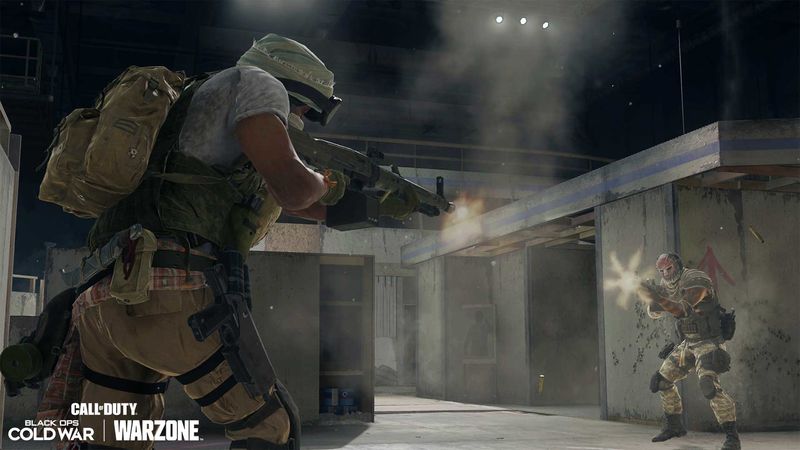 Warzone season 4 is on its way on June 17, and Activision has outlined all the biggest changes coming to the game in a new roadmap update. The mysterious red doors are going to be big, for sure, but everybody ends up in the gulag eventually - and once the new season goes live, it's going to have a new layout based on Hijacked.

So, just to head off your first question, the Standoff Gulag has not gone out to sea. The new gulag map is a mock-up of Hijacked as originally seen in Call of Duty: Black Ops 2, recreating a "truncated" version of the layout with plywood instead of multi-billion-dollar yacht parts. This Warzone gulag version focuses on the central area of the not-yacht, and it even spawns in the Overtime flag at the same spot where a Domination flag would appear in multiplayer.

Once you get your bearings for the adjusted gulag, longtime players should be able to settle right back into the flow of Hijacked without needing too much adjustment. And yes, spectators on the balconies will still be able to pelt you with rocks while you're down there. Just pretend they're seagulls. Seagulls with rocks.

Meanwhile, if you prefer to spend as little time in the gulag as possible, you can check out the upcoming Verdansk Resurgence Mini playlist, which shrinks lobbies down to 44 players with the same central concept of being able to respawn as long as your team stays in the fight. Other changes coming to Warzone in the update include new downed satellites, which will create points of interest complete with killstreaks, vehicles, field upgrades, and other rewards for teams who manage to claim them.

"Call of Duty Warzone gulag gets a Hijacked makeover in season 4" :: Login/Create an Account :: 2 comments

Wow this is actually pretty cool, a fun way to bring back an old classic. Gotta give props to cod for this one.