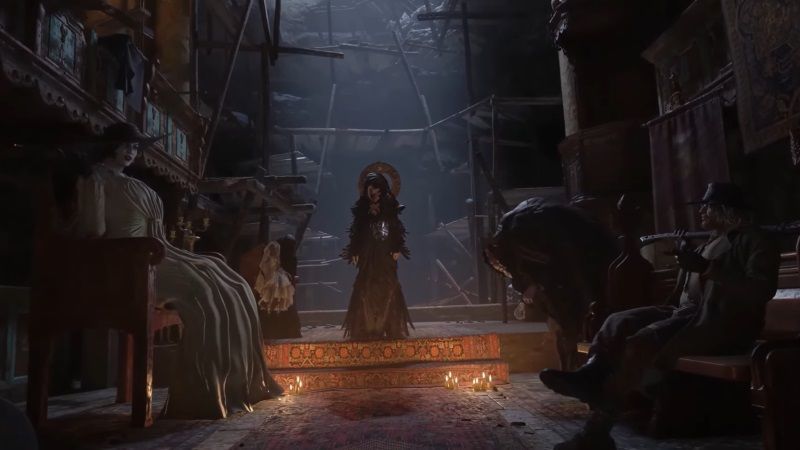 In the announcement earlier today, which you can see just below, Capcom finally revealed when its E3 2021 presentation would be taking place. Capcom will show off four games in total on Monday, June 14, putting the developer/publisher's showcase right after the likes of Xbox, Ubisoft, and Square Enix over the weekend, but before Nintendo on the Tuesday.

As for which games Capcom will be showcasing during its E3 2021 presentation, the list begins with The Great Ace Attorney Chronicles. Earlier this year, Capcom revealed that the spin-off detective game from the main Ace Attorney series would finally be headed to western audiences with an official localization in July 2021, which is surely welcome news for the fans who've long been waiting for it.

Elsewhere, there's Monster Hunter Stories 2: Wings of Ruin information set to be revealed during the showcase. If you're unfamiliar with the spin-off game from the Monster Hunter series, the Stories games are more narrative-driven and RPG-heavy games than their counterparts, and this time players will be adventuring around with a baby Rathalos in their RPG party.

Next up, there's new information on Monster Hunter Rise in store early next week. The huge title update 3.0 only just debuted for Rise late last month in May, bringing a brand new Elder Dragon, a Zinogre variant, and a whole new story ending for the game. Capcom has already outlined the next three months of content for Monster Hunter Rise, including various crossover events with other Capcom series, so it'll be interesting to see what new information is unveiled during the E3 2021 presentation.

Finally, Resident Evil Village is rounding out Capcom's line up for E3 2021. Right now, there's no clues as to what to expect from the Village portion of the showcase, but an educated guess would be new content for the Mercenaries mode, where players battle through tight combat gauntlets to earn the best score possible. While it's less likely that we'll see story-focused DLC for Village, never say never.

Interestingly, Resident Evil Re:Verse is entirely absent from Capcom's E3 2021 plans. The multiplayer game was originally set to launch alongside Resident Evil Village last month in May, bundled in as a freebie for all purchases, but was delayed until Summer 2021, as Capcom announced at the time. E3 2021 would surely be the perfect place to give fans another look at the multiplayer game, especially if it's still slated to launch at some point during the Summer months.

Join us for the Capcom showcase at #E32021 for news on our latest games lineup, including: