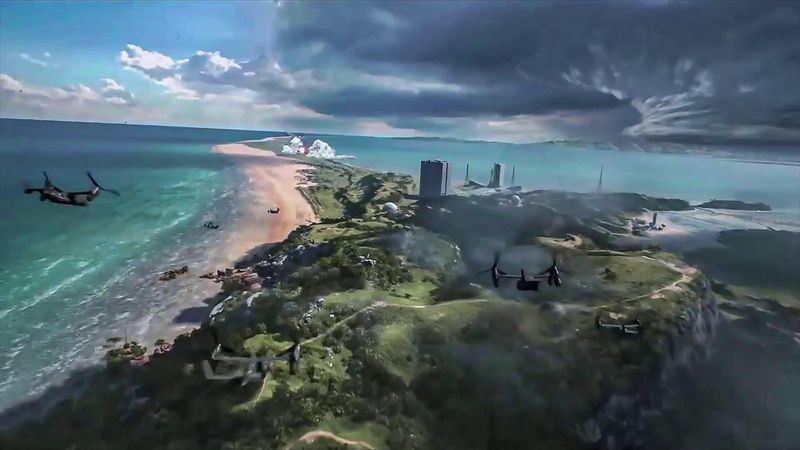 3.8
The official Battlefield Twitter account has been sending cryptic messages to content creators, reports GameRant. The messages are part of a unique marketing campaign to tease Battlefield 6, which is set to be released this holiday season.

The mysterious messages, which have been sent via Twitter DMs to various content creators including JackFrags, PeterSMK2, and Lirik, among others, resemble broadcasts sent by the United States Navy. Each creator was sent a different part of a single transmission, with the rest of the text being blurred out. As Battlefield 6 is scheduled to debut on June 9, fans have already been gifted with an abundance of leaked photos and an internal video. The current marketing campaign is meant to tease fans even further leading up to the game’s reveal next week.

Although none of the content creators received the transmission in full, by combining all of the available parts, YouTube channel Ghost Gaming was able to piece together the most complete form of the message thus far and reveal it to fans:

As it is meant to be a teaser, the transmission does not reveal a lot of substantial information. However, it does include interesting bits and pieces that could allude to information about the game that has yet to be revealed. For example, the message is marked as quantum encrypted, which suggests that the game will, at the very least, take place in modern times, if not further into the future. Another interesting aspect is that the time stamp on the transmission is 3600 hours, a non-existent time that some speculate could point to a potential release date for the game. If the extra time is added to today’s date, that would signal sometime in November, which fits right into the confirmed holiday release window.

Based on the content of the message, all we know for sure is that the United States Navy is pleading for those who are able to join the cause. The transmission appeals to the receivers’ human instinct to return home, urging that war is the only option. In other words, the premise appears to be some sort of last stand—whether for the nation or the entire world, it’s not yet clear. Stay tuned to see what else might be teased—or leaked—in the days leading up to the June 9 reveal.