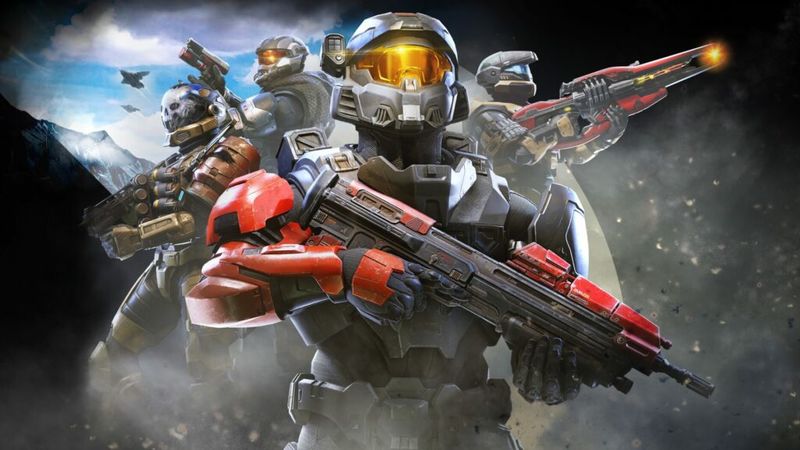 4
New Halo Infinite artwork has been published ahead of an expected reveal next month.

The artwork was first teased as part of Microsoft’s Xbox and Bethesda Showcase, but it’s now been published in full via Twitter user Klobrille.

The Xbox and Bethesda games showcase will take place on Sunday June 13 at 10am PT / 1pm ET / 6pm BST, Microsoft has announced.

Halo developer 343 Industries has been providing regular updates on Halo Infinite’s development since the start of the year.


Recently, it hosted a lengthy Q&A session that revealed a wealth of new information on the game’s Zeta Halo environment, including the way the day/night cycle affects the enemies players will encounter.

In a wide-ranging blog post published in April, head of Xbox Game Studios Matt Booty said Microsoft was committed to delivering a “premier PC experience” for its flagship shooter, which is due to release on Xbox consoles and PC later this year.

“We know many of you play across more than just your PC, including on Xbox and mobile. That’s why we’re excited to announce Halo Infinite will support multiplayer cross-play and cross-progression when it releases later this year,” he wrote.

“That means if you’re playing on PC, you can play with your friends on Xbox One and Xbox Series X|S. It also means that your multiplayer customization and progress will follow you across all platforms.”

This graphic gives me a true Halo 5/Halo Reach crossover vibe. I don't think this is the gameplay we are going to see, but instead the customization we will see.

I really hope they didn't mess this game up...

Heck yeah this is great! Amazing.