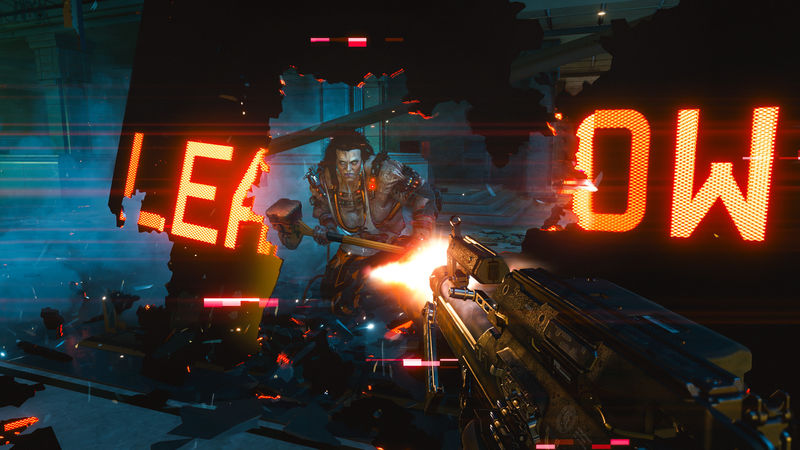 4.5
It’s hard to believe its been more than five months since Sony took the unprecedented step of delisting Cyberpunk 2077 from the PlayStation Store. Hard to believe because it’s shocking it happened at all – games, especially triple-A titles, never get delisted for being buggy – and because CDPR still hasn’t managed to get the game back on the PS Store yet after numerous patches and hotfixes.

Despite all that work, it could be a while before we see Cyberpunk back on the PlayStation Store, at least if today’s news is anything to go by. The news comes courtesy of a shareholder meeting today, and was reported by VGChronicle. CDPR’s management team was asked for an update on its negotiations with Sony about bringing Cyberpunk back to the PS Store and when those talks might be finished.

“Unfortunately, I have no new information in this regard,” said president and joint CEO Adam Kiciński through a translator. “We are still in discussions and with every patch the game gets better and there is a visible progress, but as we said the decision is an exclusive decision of Sony, so we are waiting for the information about the fact that they took the decision to bring back this game. Until then I am not able to tell you anything more.”

The company was asked the same question in March, and while the developer was optimistic, CD Projekt’s SVP of business development Michał Nowakowski reiterated that “the final decision you have to understand belongs to Sony. We do believe we’re closer than further, but of course the final call is theirs, so let’s wait and see.”

Looks like we’ll all be continuing to do just that.