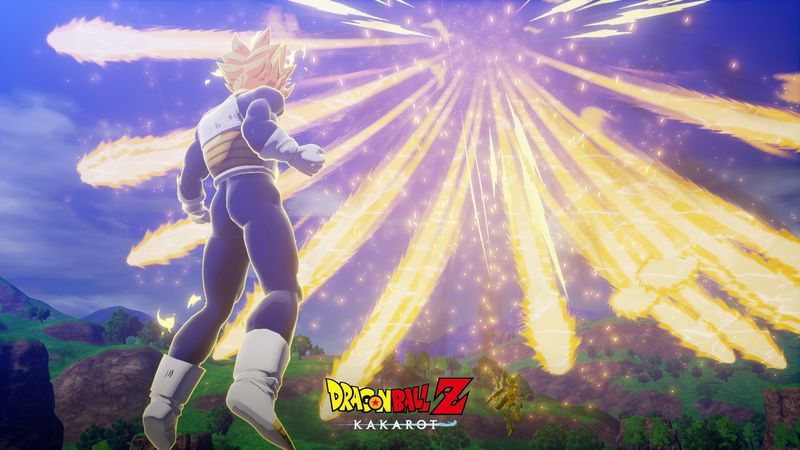 5
As we approach closer to the release of DBZ Kakarot DLC 3: Trunks the Warrior of Hope, some new screenshots of the DLC have surfaced online.

DBZ: Kakarot is an action role-playing game based on the Dragon Ball franchise. The game came out on January 17, 2020, for Windows, PS4, and Xbox One.

Since its initial release, DBZ Kakarot has received two major expansion updates. And now, fans are eagerly waiting for the third major DLC. The upcoming expansion, “Trunks the Warrior of Hope,” will focus on Future Trunks’ origin story.

A few months back, Bandai Namco released a cinematic trailer for the third DLC. The trailer confirmed that the expansion would focus on Future Trunks’ struggle against Cell and the other two powerful Androids.

Along with that, the studio announced that it would be the final DLC for the game. Of course, Dragon Ball Z: Kakarot fans are heartbroken that they’ll not have anything else to look forward to after DLC 3. However, everyone is also excited that they’ll finally see the spectacular battle between Trunks and Imperfect Cell.

Bandai Namco promised to release the new DLC in Summer 2021; however, we still don’t have an official release date for the expansion.

Besides an incredible story and gameplay, DBZ: Kakarot flaunts incredible graphics. Every visual in this game is a feast for your eyes. And that’s why fans are eager to find out what the third DLC expansion would look like.

Well, thanks to DbsHype on Twitter, we now have some new screenshots of DBZ: Kakarot DLC 3; here you go:
‹ ›