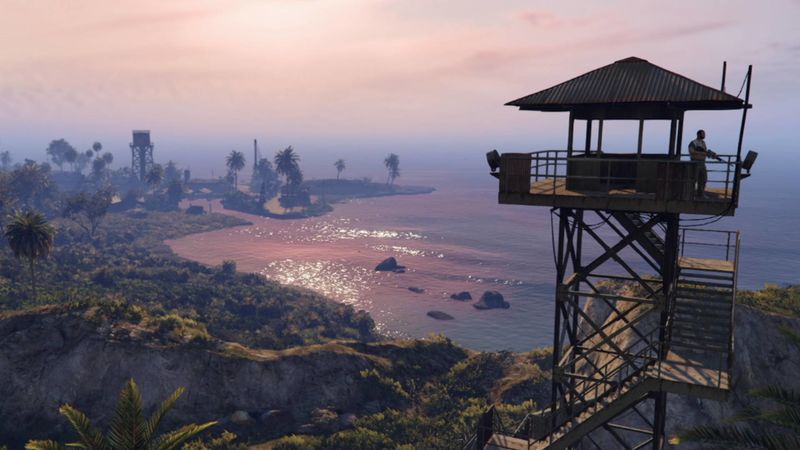 4
Rockstar Games is giving GTA Online players the chance to score a rare and valuable piece of loot from the vaults of the Cayo Perico Heist, but only for a limited time. The object in question is the Panther Statue, a sapphire-studded statue of a panther that’s worth a ton of in-game cash. It’s a guaranteed find in the Cayo Perico heist that’ll be available once until it’s brought back at a later date, so make sure you find it and get out with it so as not to miss out on the opportunity while it’s here.

Details on the Panther Statue were shared on the GTA Online newswire to introduce players to their next object of interest. You’ll find the Panther Statue now included in the loot pool of the Cayo Perico Heist and will be guaranteed to find it as your Primary Target after you load up a Heist once you’ve refreshed your game to make sure the weekly update is live.

For the first time, all Cayo Perico Heist hosts will be able to scout the Panther Statue as a Primary Target on their initial playthrough this week: https://t.co/4CDcOlKdbX pic.twitter.com/3fenVMd6sH


“If grainy CCTV footage and the testimony of a disgruntled customs officer is anything to go by, El Rubio has recently added a valuable Panther Statue to his fortified compound’s already-sizeable art collection,” Rockstar Games said about the new loot. “It is sure to be tightly guarded, but if you manage to escape from Cayo Perico alive, you’ll be handsomely rewarded.”

According to Rockstar leaker Tez2 and others who’ve completed the Heist already to get their statue, you’ll find it first thing as a Primary Target when completing the new Heist. You only get to steal the statue once per character, however, so once you get it this time, you’ll have to wait until Rockstar brings it back again at a later date.

Cayo Perico Heist. Just start a new scope out mission and you'll get it first try.

Keep in mind, your first time is your last time to loot the Panther Statue. So, if you steal it once, that's it. You can switch characters to steal it a second time.

Great news for the online players