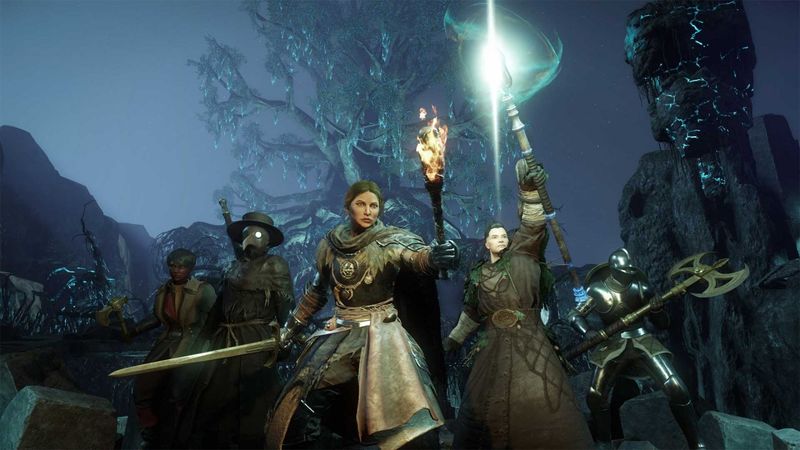 4
Amazon Games' MMO New World is currently in Alpha and regularly adding new features. One of these features, the recently added storefront, sparked worry among players who fear that New World may go the route of games that hide progress behind real money purchases. To address these concerns, Amazon Games Studio Director Rich Lawrence has written an open letter to players, trying to assuage these fears.

Please read this letter regarding the storefront testing we are currently doing in Alpha. pic.twitter.com/IucMciGWC1


According to Lawrence, all store items at launch will be, "exclusively cosmetic in nature" and that the store had been introduced in Alpha simply to gauge interest. However, the team also intends to test, "quality of life items", which do have the potential of being used as pay to win mechanics—fast travel and rested XP, another term for XP boosts.

While fast travel doesn't immediately spell pay to win, being able to visit destinations faster and thus simply play more gives players an advantage. Fast travel is also such an essential mechanic in large game worlds that not allowing players to use it unless they pay for it simply sounds like a bad idea. XP boosts on the other hand are clearly a way by which you would be paying for progress. In a tweet reply, New World called this, "supporting people who don't have as much time to play" all while making boosts available for players for completing content in-game as well.

As the store is still being tested, it's too early to make a verdict on how much influence purchases will have on the game itself—storefronts are a fact of life in MMOs. What matters is how much New World will potentially push you to buy something.

Those who don't have much time to play, microtransactions can be really helpful on getting further in the game quicker