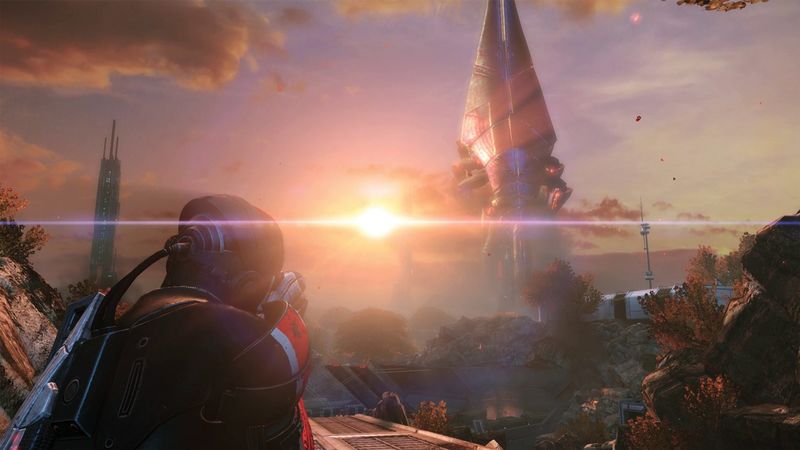 3.8
In a completely unforeseeable turn of events, Mass Effect Legendary Edition is the top selling game on Steam. The RPG game remasters sit on the top spot, with Resident Evil Village taking up the below two positions.

A lot of players were just waiting for their chance to pilot the Nostromo again, and hang out with Garrus, and save the galaxy from the Reapers, and hang out with Garrus. Right on their tale is Lady Dimitrescu, Resident Evil Village sitting in second and third. The Resident Evil Village and Resident Evil 7 Steam bundle managed to move up three spaces from sixth. The horror game may be only on the chart twice instead of three times, but sometimes you just have to accept defeat.

Subnautica: Below Zero, and Hood: Outlaws and Legends, both manage strong positions for their launch weeks, at fifth and seventh, respectively. It Takes Two is still going strong, the co-op game is at sixth, and Doom Eternal makes a return, over a year after it launched, thanks to a flash sale of 67% off.

Two preorders have made the list. Final Fantasy XIV: Endwalker, the next major expansion, just got a release date of November, causing a nice wee spike in sales. Developer Experiment 101’s Biomutant is in tenth, just shy of two weeks from launch.

Glad to know Mass Effect Legendary Edition is the top selling game, it is a fantasic series

Glad RE Village has done great too

Awesome for Red Ev Village that was a great game.