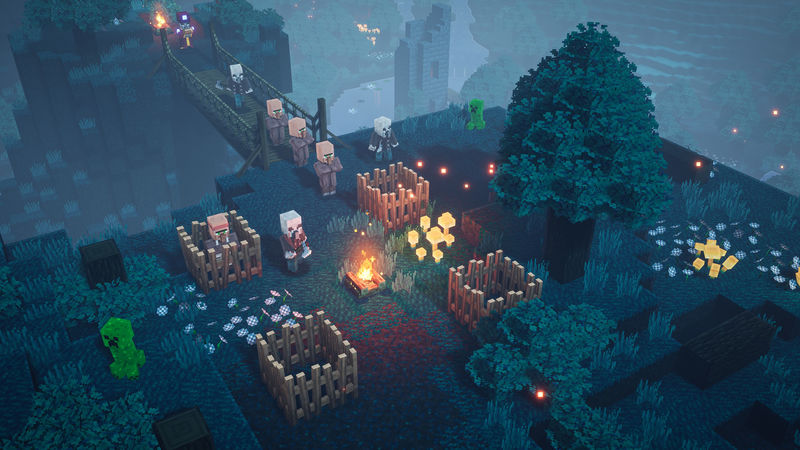 4
Minecraft Dungeons, Mojang Studios's cooperative dungeon crawler, is soon expanding its trove of DLC packs. Today, the studio revealed Hidden Depths, the fifth DLC campaign that's heading to the game later this month, and this time, players are heading to the "darkest depths of the ocean". The title recently crossed the 10 million players mark, and also enabled cross-platform cloud saves.

Labeled Hidden Depths, the new aquatic adventure will bring along ocean dungeons for players to tackle, alongside fresh gear, enemies, and more. The premium DLC is slated to release on May 26 as both a standalone purchase and as part of the Minecraft Dungeons Season Pass.

Moreover, much like with previous DLC releases, Mojang will also be pushing out a free content update to the base game. This will bring forth Raid Captains, a type of "super challenging new enemies" that will spawn in hidden areas around the world offering enticing treasures as rewards. The update will land alongside Hidden Depths on May 26.

This pack's arrival will mark it as Minecraft Dungeons' fifth DLC release, with the previous ones being Jungle Awakens, Creeping Winter, Howling Peaks, and Flames of the Nether. Keeping to this Minecraft biome-themed expansions, following Hidden Depths' escapades in the ocean, Mojang plans to take players to the End for its next DLC.

LMAO The only Mincraft games I played, was the Telltale ones