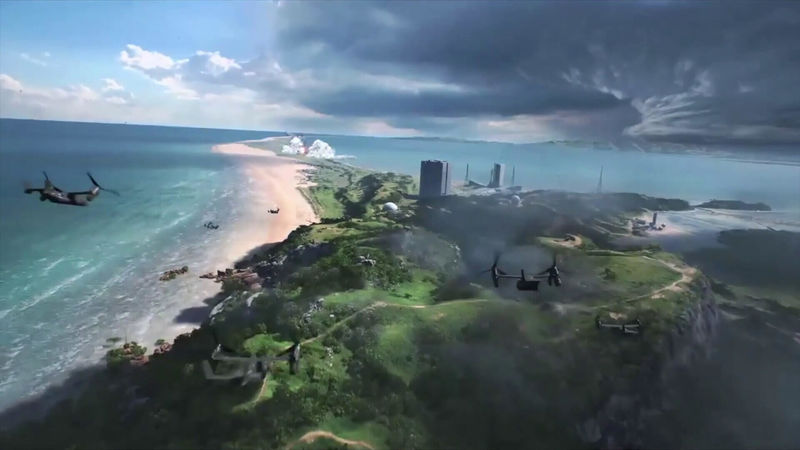 As you would expect from a Battlefield 6 trailer, there's not much to it, or at least not much dialogue. From the sounds of it, it's mostly action accompanied by a pounding and hype-inducing movie-trailer-like track. As a result, the audio doesn't reveal much of note. In fact, the only thing of note is the sound of a rocket taking off at the end, which we know is a rocket because not only does it sound like a rocket, but one of the aforementioned images showed a rocket being prepared for takeoff.

The audio doesn't really hint at what era the game takes place in, but, again, thanks to the images we know the game is set sometime in the near future. The audio also confirms the trailer is one minute and 37 seconds long, at least before all of the splash screens are added.

At the moment of publishing, neither EA nor DICE nor anyone associated with either have commented on this leak, and we don't expect this to change. Not only has no official party commented on the previous trailer leaks, but EA and everything under it upholds a fairly strict "no comment" policy when it comes to leaks.

Battlefield 6 is poised to release sometime this holiday season. At the moment of publishing, there's been no word of platforms, but the expectation is the game will release via the PC, PS5, Xbox Series X, and possibly PS4 and Xbox One.

Never mind leaked trailers, just get the game out :D