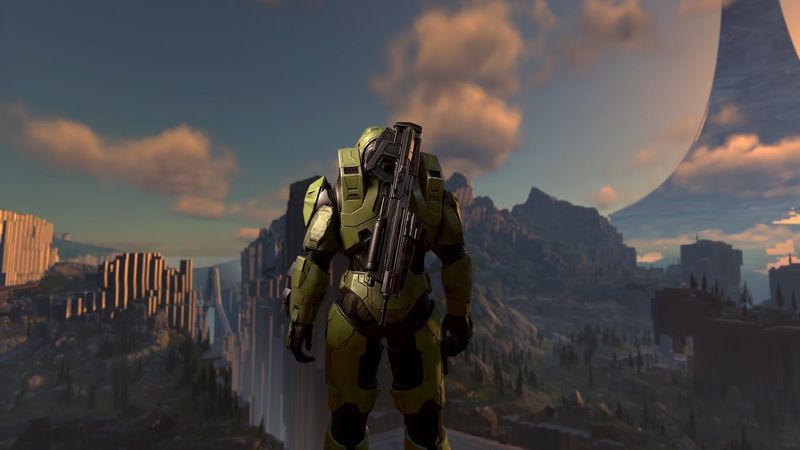 4
A new Halo Infinite report has both good and bad news for Xbox fans. A former and anonymous 343 Industries employee recently conducted an interview about their experience working on the game. Unfortunately, the interview is in Mandarin, which means everything revealed has come through the filter of translation, which presents a variety of issues. However, the translated report has since been validated by an industry insider.

According to this former 343 Industries developer, 343 Industries were far too ambitious with the game's development, which is partially why it's had so much development trouble. To this end, they wanted Halo Infinite to be a semi-open world game, which means they needed a brand new engine. As result, 343 Industries has been making a game while making an engine at the same time, which, as you would expect, caused many workflow issues, though apparently many of these issues have been ironed out.

Speaking to this, the former developer says the game's now infamous E3 2020 demo was such a disaster because some of these issues weren't ironed out yet and because many engine features were not fully implemented at the time the demo was made.

Here's where the bad news really kicks in though. Due to the fact that the game's development was overly ambitious, a lot has been cut not just from the single-player campaign, but multiplayer. Meanwhile, the developer claims all of this has been going on while the team, especially low-level employees, work overtime, regularly working into the early hours of the morning over the past few years. In other words, there's been a ton of crunch.

What's the good news? Well, it sounds like the product has greatly benefited from all of this hard work. In the interview, the former developer says they believe the finished product is going to be great and boast a much better story than the last two Halo games under 343 industries and a richer gameplay experience. However, the developer also pumped the breaks a bit, noting the game is not going to come out and be some type of masterpiece.

This is more or less where the salient details end. What is here needs to be taken with a grain of salt. Not only does everything here come from an unverified source, but through translation. However, over on Twitter, Bloomberg's Jason Schreier seemingly lent credibility to the claims.

At the moment of publishing, none of the implicated parties have commented on any of this. If this changes, we will update the story accordingly.

The former employee has also come out since this article saying they twisted his words.