Fall Guys for Switch and Xbox has been delayed, cross-play coming 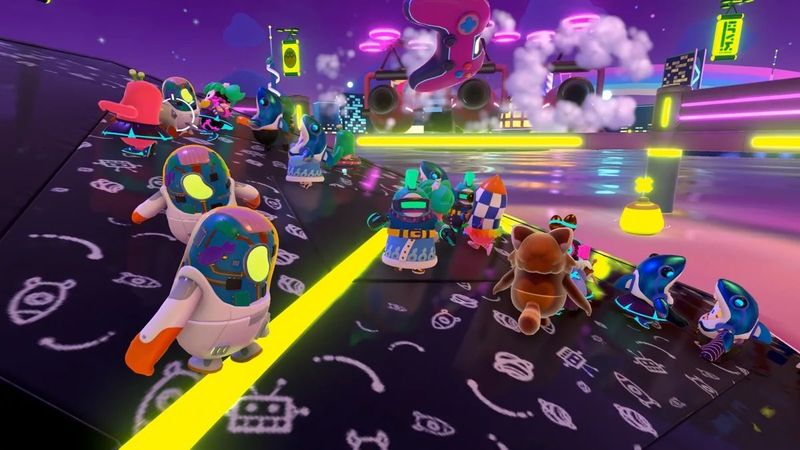 4.3
Fall Guys will no longer be released for Nintendo Switch, Xbox One and Xbox Series X/S this summer.

In a development update, Mediatonic said the delayed releases will give the studio time to implement new features like cross-play.

“With so many new opportunities now in our hands, we’ve realised that our previously announced Summer 2021 Switch and Xbox release schedule is unfortunately just too soon for us to include all of the tasty new features we’re working on,” it wrote.

“While we want to launch on these platforms as quickly as possible, we believe the Switch and Xbox releases are really going to be worth waiting for and we’re super grateful for your patience.”

The studio added: “This delay gives our team some time to add features like crossplay, so when we add new platforms, players will be able to stumble in harmony with their pals, regardless of their platform of choice.”

Epic Games revealed in March that it had acquired Tonic Games Group, the parent company of Mediatonic, for an undisclosed sum.

Announcing the move, the studio’s new owner said Fall Guys “gameplay isn’t changing” and that it would continue to support the title across platforms, including Steam.

“Fall Guys will keep rolling out new Seasonal content releases, fresh Shows, Costumes, Rounds and all the other delicious things you know and love,” Meditonic said on Friday.

“The rapidly approaching Season 4.5 update is no exception, with 2 fiendish new Rounds heading your way, plus delicious Fall fashion for your Season 4 wardrobe.”

Fall Guys released for Steam and PS4 in August 2020, with the console version available for free to PlayStation Plus members that month.

The game quickly became the most downloaded PS Plus title of all time and has sold over 11 million copies on PC, according to developer Mediatonic.

At least the delay gives them time to work on it.