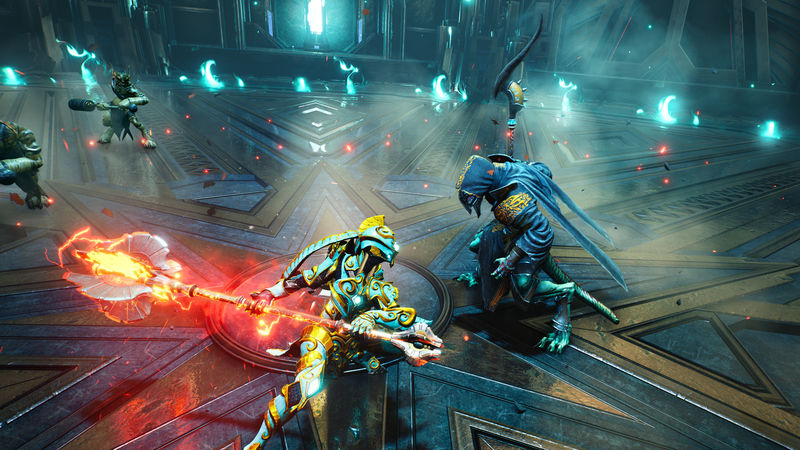 Godfall released as a PS5 console exclusive on November 12th, coinciding with the hardware’s launch. There has never been a mention of a PS4 version, but we did know that the game was only exclusive to the PS5 for six months. That said, PEGI’s website hasn’t rated Godfall for other platforms (yet).

Godfall received a mixed reception at launch. In his review, PlayStation LifeStyle’s Louis Edwards praised the game for its visuals and gameplay, but criticized its narrative, repetitiveness, and loot drop system.

The Many Realms of Aperion Awaits – Adventure across exotic vistas, from the above-ground reefs of the Water Realm to the subterranean crimson forests of the Earth Realm.

Master Breathtaking Weapons – Master all five weapon classes, each with unique playstyles and a variety of longswords, polearms, warhammers, greatswords, and dual blades.

Unlock Godlike Armor – Unlock 12 Valorplates: Divine, Zodiac-inspired suits of armor that empower you to shred every enemy between you and Macros.

Vanquish Worthy Foes – Test your skills in the Tower of Trials and challenge yourself against the toughest foes and earn top-tier loot.

Ascend Together or Solo – Fight solo, or alongside friends with three-player player-versus-enemy online co-op play.

We’ll update our readers when we have more information and/or an official announcement is made, so stay tuned.