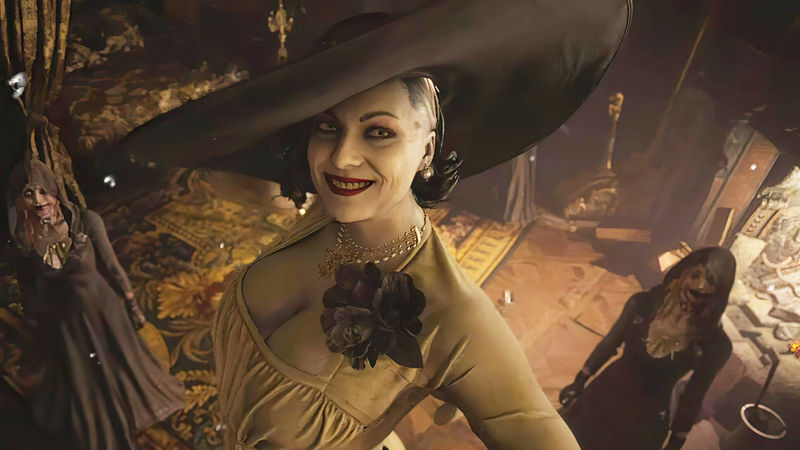 4
Resident Evil Village's Lady Dimitrescu has already proven to be a compelling addition to the franchise, so it comes as little surprise that Capcom is using the character to promote the game in a big way! Last month, the publisher revealed that the character will stand 9'6 in the game, and that height is all the more apparent thanks to life-size standees of the character that have been discovered in Hong Kong! The standee towers over those taking pictures with it, and it seems like a lot of Resident Evil fans will want to do just that. Unfortunately, it's unknown whether or not it will appear outside of the region.

One of these is going to end up on Ebay eventually.

I will have it. I will have the full scale 1:1 life size Lady Dimitrescu standee. pic.twitter.com/K5AeaiQh2N


Given the character's quick rise to fame, many Resident Evil fans on social media are already sharing their desire to add the Lady Dimitrescu standee to their collections of video game merchandise. Unless Capcom decides to bring the standee to other regions, it seems that this item will remain pretty hard to come by. With the game set to release in just over a month, fans will likely know soon whether or not the standee will release elsewhere.

At this time, very little information is known about Lady Dimitrescu, outside of the character's height. While she seems to be a major antagonist in the game, it's unlikely that she'll be the main villain in Resident Evil Village. In one of the game's trailers, she can be seen answering to someone named "Mother Miranda." There are still quite a few mysteries surrounding Resident Evil Village, and players will likely have to uncover them for themselves when they explore Dimitrescu Castle!