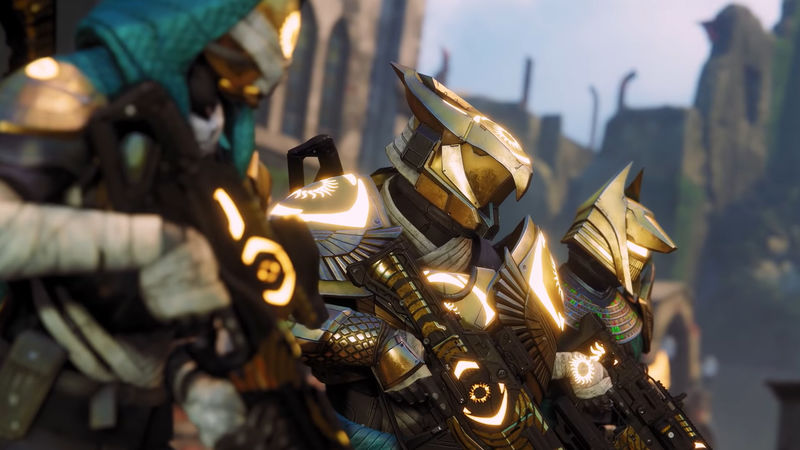 4.2
Bungie's issued another fix for the match rejoin issue in Destiny 2's Trials of Osiris PvP mode, so Trials is scheduled to return yet again later today.

This bug originally surfaced around February 26, when players found a way to turn Trials into a passive gambling ring by juggling characters and rejoining matches (as part of a string of game-breaking exploits that will live in infamy). Bungie issued a preliminary fix last week, but after the bug shut down Trials once again, the studio warned that the problem may not be fully resolved until the release of a larger update planned for March 23. Other changes are still planned for the coming update, most notably Eyes of Tomorrow damage and drop rate bug fixes, but Bungie hurried to release the Trials fix this week so that the event could reopen this weekend. Here's hoping Trials can actually run for its full duration this time.

Destiny 2's Trials of Osiris mode has been disabled for the second time this month due to a player exploit.

In a tweet on Saturday, the Bungie Help account told Destiny 2 players that "due to an issue with Fireteam Rejoin functionality, Trials of Osiris has been disabled." The mode was initially supposed to be unavailable for the rest of the weekend, but at time of writing there's nothing to suggest that it's back yet.

Due to an issue with Fireteam Rejoin functionality, Trials of Osiris has been disabled for the remainder of the weekend.

We will provide updates when available.


In fact, Bungie's senior community manager, dmg04, followed up on that original tweet, informing players that "this bug is a gnarly one," and that the development team was looking into it in more detail.

Despite that extra attention, Bungie "may not have a full fix until the Stasis tuning patch," due on March 23, which could mean that Trials will be disabled next weekend as well. In a separate tweet, however, dmg said that he "will be working with the team to ensure rewards aren't missed this season due to the delays."

This is the second time in just a few weeks that Trials of Osiris has been disabled by Bungie. Towards the end of February, the mode was taken offline after players began using it as part of an elaborate win-trading scheme that would allow teams to walk away with a Flawless Victory without firing a single shot. Trials eventually returned, only to be pulled again a couple of weeks later, making for a very disrupted season for fans of the mode.