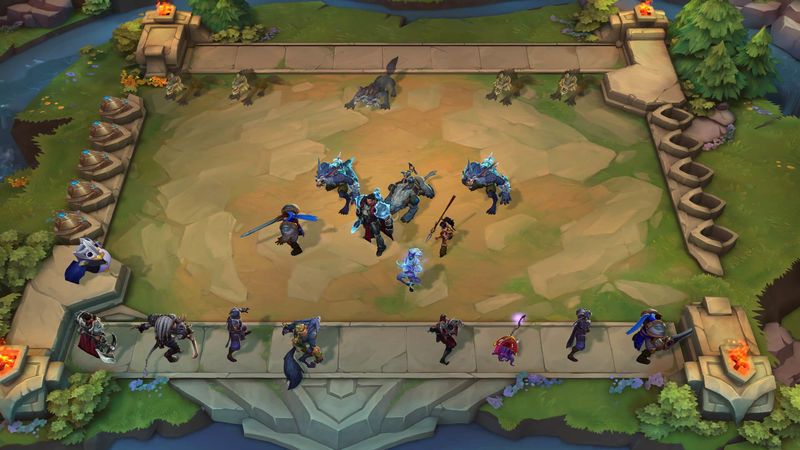 4.1
For a few months in 2019, it seemed like autobattlers were all anyone could talk about, but the spotlight moved on pretty quickly. That doesn't mean no one is playing them: Riot says that League of Legends' Teamfight Tactics mode can draw 10 million players per day in the period following a big update. (For context, the entire Epic Game store averaged 31.3 million daily active players in 2020.)

TFT did start to shed players following the initial launch interest, lead designer Stephen Mortimer said recently, but the updates, called sets, have proven successful at getting League players to return to the mode. (TFT is helped by the fact that it shares a launcher with one of the most popular games in existence. There's also a mobile version.)

The next TFT set is called Reckoning, and it'll be out on April 28. There are some details about Reckoning's new roster in the recent dev video embedded above, and the update will also include a Labs section where experimental modes will be tested. The first of those modes is Hyper Roll, which aims to cut the length of games down to 15 minutes. TFT also includes a battle pass-style system for cosmetics, with free and paid tracks, and there'll be a new Reckoning Pass with this update.

Riot says that the current TFT set, Fates, has devoured 2.5 billion player hours, and that the game as a whole has attracted 80 million total players since 2019.

Valve's autobatter, Dota Underlords, has been much less successful. The standalone Auto Chess game (made by the Dota 2 modders who started the genre) seems to be doing alright—at least well enough to get a MOBA spin-off, ironically. Hearthstone's take on the genre, Battlegrounds, is pretty popular, too. I don't know exactly how it compares to the others, but it's clearly been a success.

I play Battlegrounds myself sometimes, although I don't shout about it much. It's just what I go to when I want to enjoy the satisfaction of matching three of the same thing. Maybe that's why the other autobattlers receded into the background for me despite the genre's health—they're fun, but not necessarily a frequent topic of conversation outside their circles. (Teamfight Tactics is pretty popular on Twitch, though.)

The Reckoning set should release on April 28 with patch 11.9, "assuming everything stays on track," says Mortimer.