Surviving Mars is back with a new update, DLC, and a different dev 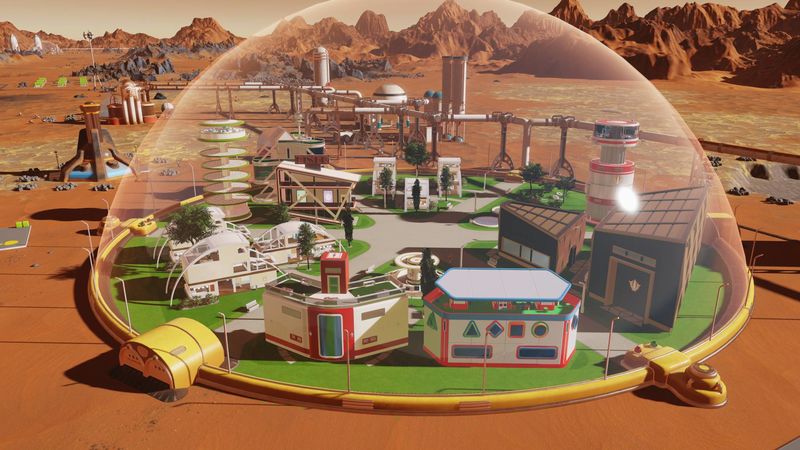 3.8
After several years with no new content, sci-fi settlement builder Surviving Mars is back with a free update on March 15.

At today's Paradox Insider 2021 showcase, publisher Paradox Interactive also revealed that development of the game has moved from Haemimont Games to Abstraction Games, a studio that has worked "in a support capacity on different projects like Mass Effect: Legendary Edition".

To celebrate the move, the team is releasing The Tourism Update, which it says is "just the beginning" of this new lease of life. Here, take a look at this new video, although brace yourself – it really doesn't give away much:

The new content enables tourists to rank their stay, helping players amass new rewards, funds, and additional tourist applicants thanks to Holiday Experience Ratings, and the ability to build hotels once players have completed their Smart Homes research.

You can also build Low-G amusement parks and "let tourists go sightseeing around your colony for increased satisfaction" via nifty Rover safaris.

That's not all, either. There's also an In-Dome Buildings Pack which has been developed in partnership with fan-favorite modder, Silva, although that's only available for players prepared to cough up $5/€5/€4. The pack includes a number of new buildings, including apartments, nurseries, security buildings, a hospital, and even a TV studio workshop.

Paradox also revealed that Surviving Mars has now clocked up over five million players since launch.

Surviving Mars is available now to play on Xbox Game Pass and - for just a few days - on the Epic Games Store. There's also a bigger Surviving Mars expansion coming later this year, too.

"Surviving Mars is back with a new update, DLC, and a different dev" :: Login/Create an Account :: 0 comments