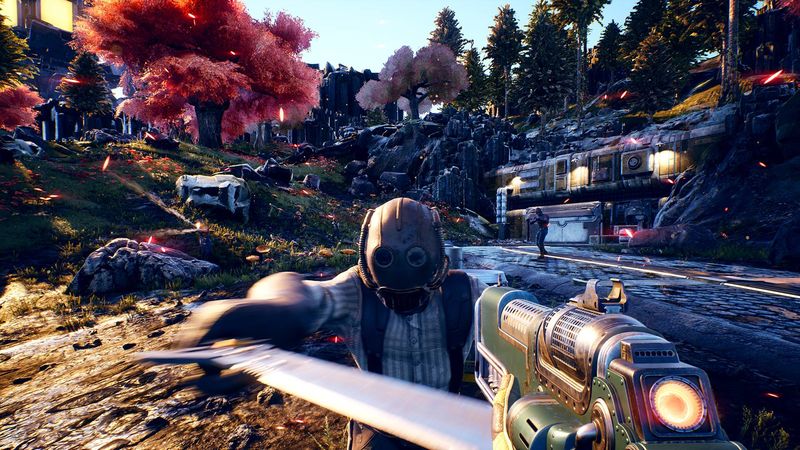 4.2
Obsidian Entertainment released a new teaser for the next DLC planned for The Outer Worlds this week which hints that there’s more to come soon. The DLC in question is called “Murder on Eridanos,” and it’ll be the second DLC released for the game following the launch of Peril on Gorgon previously. If the timing of this teaser and future ones plays out as The Outer Worlds players will hope for, we should soon know a release date for the next DLC along with a better look at the planned content.

Keeping up the corporate style of the Twitter account associated with The Outer Worlds, the tweet that shared the first teaser trailer for the new DLC told players their “new job duties are almost ready.” More information was promised for tomorrow regarding those “upcoming assignments,” so we can expect to know more about Murder on Eridanos on Thursday.

Not much is currently known about the new DLC other than a brief description of it found within the details of the expansion pass available for The Outer Worlds. That expansion pass includes Peril on Gorgon which launched last September and describes this new DLC as Halcyon Helen’s last and greatest adventure.

“The Outer Worlds: Murder on Eridanos will launch in 2021,” the brief teaser for the new DLC said. “Halcyon Helen’s final (and finest!) adventure.”

Assuming the 2021 timeframe still holds up, we’ll see the new DLC out at some point this year and should have a better idea of its release date by Thursday.

Beyond this next DLC, it’s thought that there’s another game to follow The Outer Worlds that’s in the works at Obsidian. It was said late last year that there was supposedly a new entry within the franchise being considered and that the project was in the pre-production stage, though nothing more has come of the idea since then.

The Outer Worlds: Murder on Eridanos will get new details and likely a full trailer on March 11th.