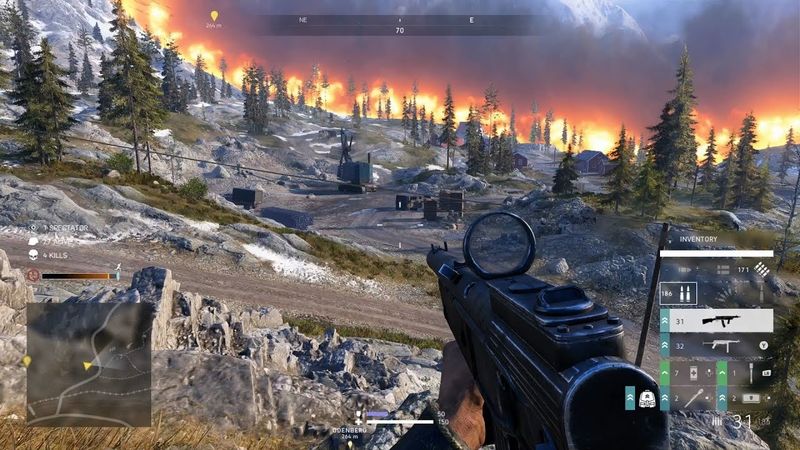 3.9
A new Battlefield 6 tease has players on PS4, PS5, Xbox One, Xbox Series X/S, and PC divided. While EA has confirmed that a new Battlefield game is coming soon and that it will be revealed sooner rather than later, this is all it has said, at least of consequence. Amidst this silence is now a new teaser from a prominent Battlefield insider, who appears to tease that a battle royale mode for the game is in development.

Yesterday, EA delayed the new Need for Speed to 2022 in order to take Criterion and shift it to the development of Battlefield 6, which is being taken on by DICE. And as you may remember, Criterion was the team behind Firestorm, Battlefield 5's battle royale mode.

Pointing this out, prominent Battlefield insider Tom Henderson seemingly teases that Criterion is being brought on for the development of a battle royale mode for the game. Henderson doesn't outright claim this, but as you can see via the tweet below, it's what he heavily implies.

All I'm saying is that Criterion was the primary studio that worked on Firestorm pic.twitter.com/baPyjGVCDd


With the battle royale genre proving it's far more than a trend or fad, the idea that Battlefield 6 will have a battle royale mode -- which Henderson has suggested could be free-to-play and standalone -- makes sense.

That said, while it makes sense on paper, it's a rumor that has players divided. Naturally, some are excited about the possibility, while others don't want to see a battle royale mode, especially after Firestorm, which was thoroughly half-baked.

At the moment of publishing, EA, DICE, and Criterion haven't commented on speculation of a battle royale mode. If this changes, we will be sure to update the story. In the meantime, take all of this unofficial information with a grain of salt.

Battlefield 6 is set to release sometime later this year. Like a release date, platforms haven't been announced, but it's believed that the game is in development for PS4, PS5, PC, Xbox One, and Xbox Series X/S.

Needs a new bad company! The more arcade style would be a bit more refreshing to see than current BF and CoD styles. It would also seem to play a bit better BR style due to the pace increase and more playful nature you found players taking in general game play not all flooding to one spot and meeting loggr heads

Oh yay, another battle royale game. We really need one, they aren't overdone and boring yet.

grizzlydean As long as its modern combat like bf3 and 4, or even like bad company il be happy

I agree with this also, especially with the bad company

Why make another BR just use firestorm you wasted so much content BF5 could of had for it..

So far the details have been not bad.

As long as its modern combat like bf3 and 4, or even like bad company il be happy