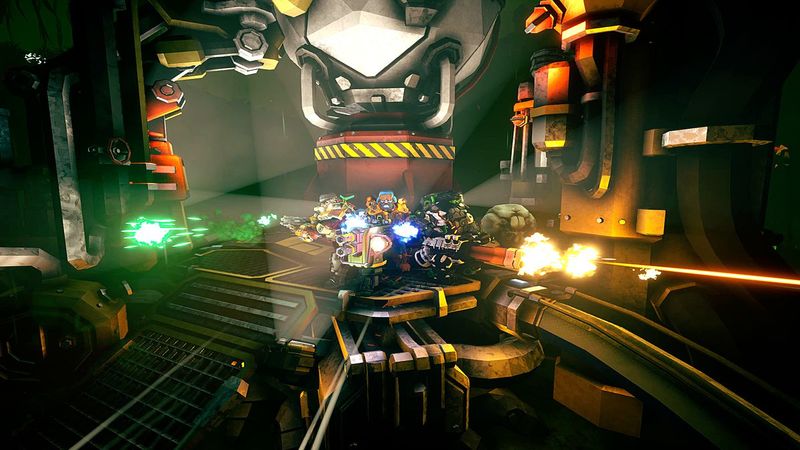 4
Cooperative mining and shooting game Deep Rock Galactic is getting more new updates into 2021, including what looks like the largest update in the game's three year history. The sci-fi dwarves aren't stopping their bug-killing any time soon, it seems. The first update will be smaller, coming in April, while the second is planned for some time between July and September.

The first update is called Bits N' Pieces, and will include official modding support (on Steam.) It probably won't include Steam Workshop integration in the first release. There'll also be a big balance pass on weapons, as well as the ability to rebind controller inputs. 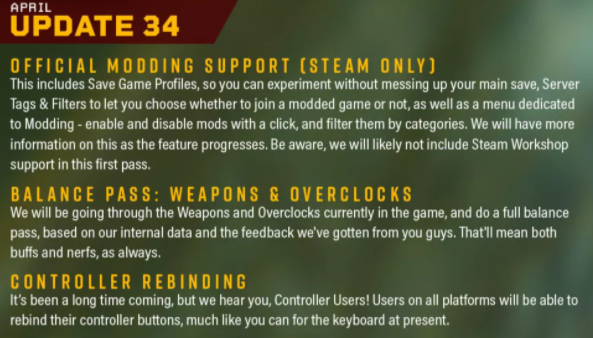 The second update is one that the developers said may be "our biggest update ever." The unnamed Update 35 will include a new mission type, new weapons, new overclocks for the weapons both new and old, as well as new cosmetics and updates to the UI.

Our Robin Valentine called Deep Rock Galactic a "doorway to infinite co-op adventure" when writing about it last year as his staff pick. He specifically pointed out how the game uses procedural generation within defined frameworks to make cool missions appear on the fly. Deep Rock Galactic also had a new update in January, adding two new biomes and commensurate new bosses the Hiveguard, Lacerator, and Arbalest. I hate them all.