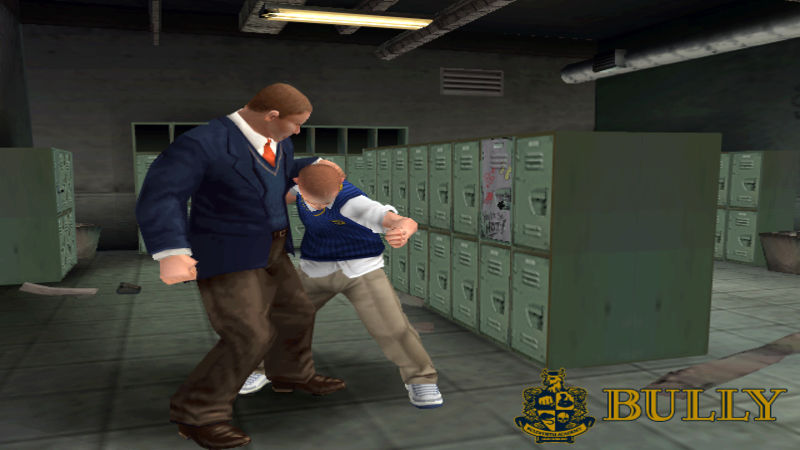 3.4
Bully 2 details have leaked online, or at least that's what an anonymous leaker over on Reddit wants you to believe. It's been a minute since the last Bully 2 leak/rumor, and the latest claims to have details not on a Bully 2 in development, but one that was in development back between 2015 and 2017. Now, we know a Bully sequel was in development around this time thanks to a few different credible sources, but this new leak doesn't come from any of these sources.

According to the anonymous source, the sequel was going to replace protagonist Jimmy Hopkins with a new 16-year-old character named Alex DeAngelo. Meanwhile, it's said the sequel would take place in the fictional Springvale County, which was inspired by both the greater New England area and Rhode Island, and aiming to recreate the "small-town America" vibe. To achieve this, the map was going to be far denser and packed with content than the original, and be comprised of explorable forests, retail areas, and suburbs.

To explore all of this, the leaker claims bikes, mopeds, and skateboards were all returning, with the latter being expanded with customization options that would allow you to customize your decks and wheels and the ability to grind and do wallplants.

As for the story, the leaker claims Alex was a townie who gets expelled from Bullworth Academy after someone sets him up by putting drugs in his locker. Upon getting expelled, he returns home to live with his "deadbeat" father and his older brother.

Beyond this, the leaker relays word of other details, such as a reputation system similar to Fallout: New Vegas. With this, your reputation would increase and decrease with certain factions in the game depending on your actions and who you work with, which in turn would cause dynamic events within the town to occur. Character interactions were also apparently going to be expanded, with NPCs being given their own personality profiles and routines that would influence your interactions with them. Meanwhile, how you treated said NPCs in the past would also impact how they react to you in the present. "They remember everything," according to the leaker, who was told that speaking to random NPCs would trigger random side quests.

The leaker also claims the first game's goofy and arcade-like combat was returning in order to avoid strong violence, and that all of this would run on the engine used for Red Dead Redemption 2.

This is where the leak more or less ends. And of course, everything here should be taken with a major grain of salt. Not only is everything here far from official, but it comes from an anonymous source with no track record of leaks, which are two major red flags. However, sources of this variety have provided genuine leaks in the past, and right now, Bully fans will take what they can get.

Craig The amount of money I'd pay for Bully 2 to release... Oh lordy...

man agreed... one of my favorite games ever was Bully, I'd be jumping out of my seat with joy if this released.

It sounded good from details but no background or anything official about the source...