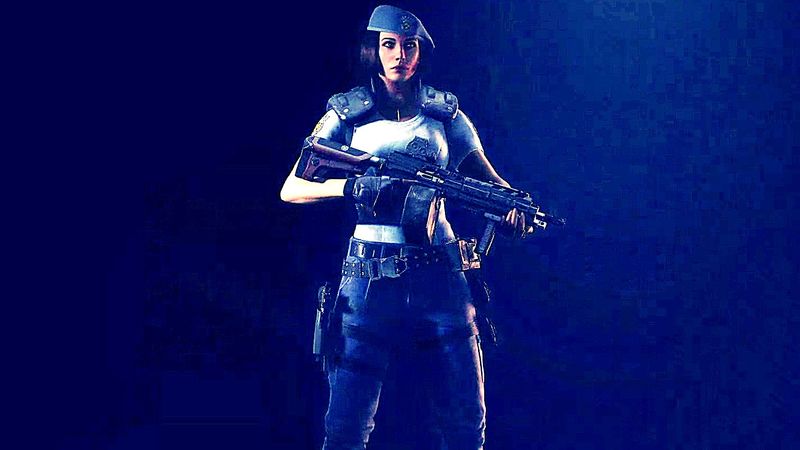 4.6
Ubisoft has teased a Jill Valentine skin for Zofia and a possible Rick and Morty event during the Rainbow Six Siege Year 6 reveal stream. Games as a service and pop culture crossovers go hand in hand, but Rainbow Six Siege is still relatively new to crossovers with Lara Croft skin, a bizarre Money Heist event last year, and Ubisoft’s own Sam Fisher showing up as playable operator Zero.

While it’s tricky to point to any tangible link between Rainbow Six Siege and Resident Evil, the Jill Valentine skin is pretty awesome with the classic ‘commando’ look from the early games. As for the Rick and Morty crossover, we didn’t see any more than a brief flash of the unmistakable green portal from the animated series, so it’s hard to predict exactly how this event will manifest.

The only real crossover event we’ve seen in the past was for Money Heist and was little more than a custom playlist on the map Bank with a purchasable skin in the store. This could just be Ubisoft teasing themed skins, but even so I can’t picture Rick and Morty skins in Rainbow Six Siege, so it will be interesting to see what direction this crossover takes.

While it’s not quite a crossover, we do need to talk about the fact that Queen of E3 2019 Ikumi Nakamura has also been designing some skins for the game and may design more in the future. So far we’ve seen new looks for Dokkaebi and Echo.

In case you missed the show, here’s every announcement in the Rainbow Six Siege Crimson Heist and Year 6 panel. There will be plenty more Rainbow Six Siege news in the next few days as we speak to the team at Ubisoft about their vision for the multiplayer game.