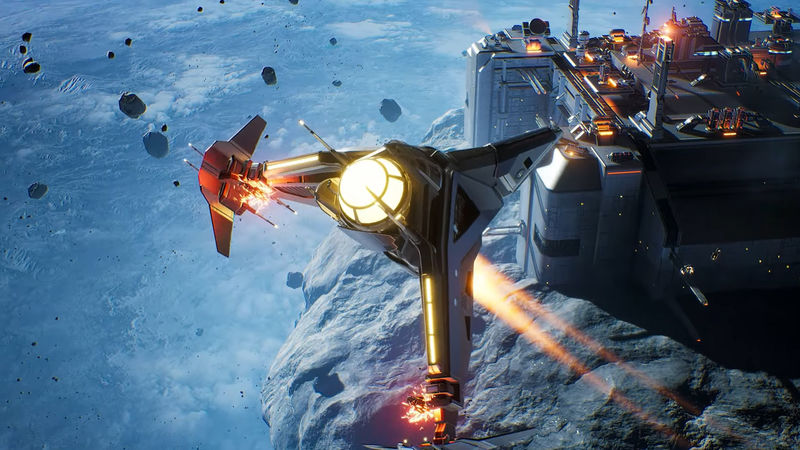 4.6
After numerous delays, Rockfish Games’ Everspace 2 finally released for Steam Early Access this past January. The development team has more content in the works, outlining its first major update coming in April. It will add new loot, new activities in Ceto and Union, new side and mini-missions, and two new ship sub-classes – the Vanguard and Bomber.

A new companion and “overhauled game balancing” are also planned, as noted in the current early access roadmap. Summer 2021 will see a new system, Zharkov, which brings new enemy types and creatures along with unique phemonena. It will also introduce the first increase to the player level cap.

Rockfish also addressed story content – it wasn’t planning to add more beyond what’s currently in the early access version but can understand players’ wishes for more. It did note that the cinematics are being polished more by Puppet Works so that’s a plus. Check out the roadmap below for more details on other content planned for this year.

Everspace 2 will launch out of early access in 2022 for PC. It’s also in development for PS4 and Xbox One.

FR0NTLinealpaca Does anyone know if there is any suggested date for consoles?

id imagine it would be first half of 2022

Does anyone know if there is any suggested date for consoles?