Valheim Gets Over 300,000 Concurrent Players In Less Than Two Weeks 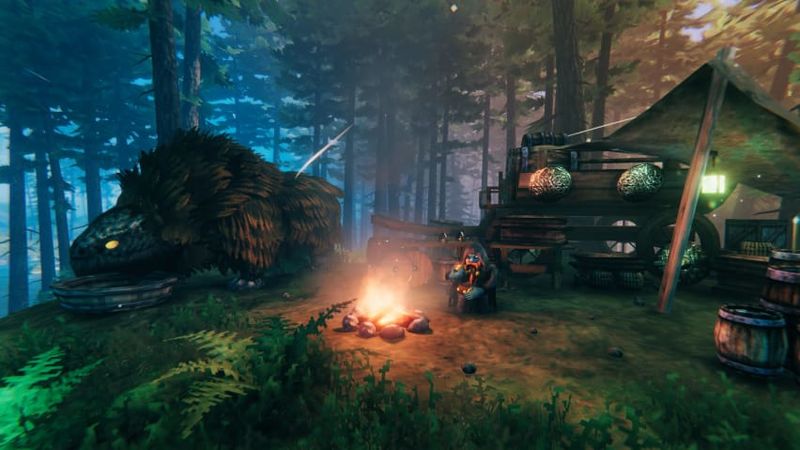 3.9
The fantasy survival game Valheim is available in Early Access on Steam right now, and less than two weeks after it became available, the game is already soaring up the Steam charts. As of right now, it has more than 300,000 concurrent players and is beating out the likes of Rust, PlayerUnknown's Battlegrounds, and Grand Theft Auto V.

In fact, only two games--Steam staples Dota 2 and Counter-Strike: Global Offensive--have more concurrent players on the service. Valheim isn't coming close to hitting those numbers, but getting this many concurrent players on a brand-new game that isn't free-to-play is extremely impressive.

A few days earlier, Valheim had already managed to sell one million copies on Steam. That was after just a week, and the game's cooperative focus and excellent user-reviews likely contributed to its massive early success. Of more than 32,000 reviews listed on Steam, 96% are positive. Even for the most popular games, there are often a large number of detractors. Nothing says that can't happen later, but especially for an easy access game, the current ratio is extremely impressive.

There will be several updates coming in 2021 to make the game better, with apparent updates to home customization and boats and sailing among those planned. As of now, the game is only available on PC, though it could possibly come to other platforms.

If you're struggling early on trying to survive in Valheim, we've rounded up some Valheim beginner tips that should help you out. These include the tips you need to build, repair, improve your skills, and acquire more resources.

"Valheim Gets Over 300,000 Concurrent Players In Less Than Two Weeks" :: Login/Create an Account :: 5 comments

It's a good game I've played around 6 hours so far! Not bad.

I might check this out . Congrats to them for the player count.

Can't wait to get a PC. Getting one this year for sure as soon as possible there's just so many cool games that I'm missing out on.

I got this yesterday and played it for 6 hours lol. Loving it so far

I was thinking about getting this game