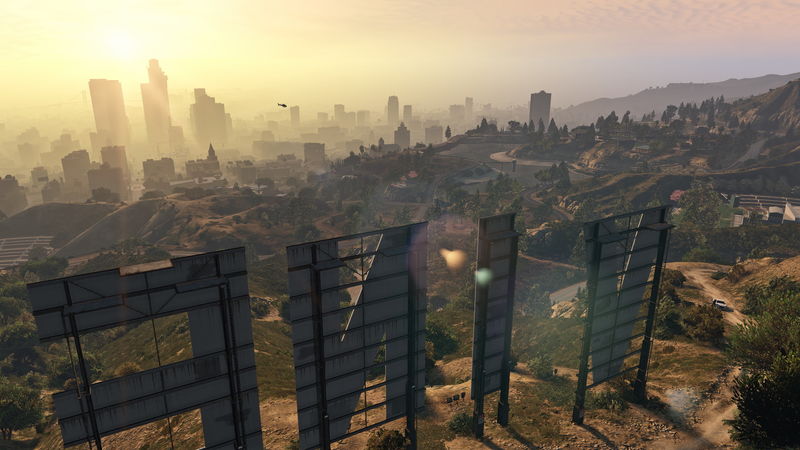 3.8
Take-Two Interactive, the parent company of Rockstar Games, has responded to the recent rumors that GTA 3, GTA San Andreas, and GTA Vice City are getting the remaster/remake treatment on the PS5 and Xbox Series X. Unfortunately, Take-Two Interactive didn't have much to say about the rumors, but what is notable is that they declined to debunk them, suggesting there could be legs to the rumors that began surfacing last month.

“It’s a great, encouraging question,” said Zelnick. “I’m kinda inclined to leave it more as a statement than a question, and any update on our release schedule will come from Rockstar Games.”

Now, this non-answer is interesting for a variety of reasons. The most obvious reason is that a non-answer is usually an indication that there's something to the question. If Take-Two Interactive had no plans for these older GTA games, it would likely say as much. That said, it's also possible Zelnick wasn't prepared to answer the question and thus quickly came up with a non-answer. And of course, it's also possible there's nothing to this. However, while GTA fans are infamous for making something out of nothing, this really isn't an example of that.

According to many of the aforementioned rumors, the remasters/remakes of these games aren't just in development, but on the horizon. In other words, we may be hearing about them and playing them sooner rather than later. In the meantime, take everything here with a grain of salt.

i'm more excited to see what the extended and enhanced version of "GTA 5.3" as i'm calling it cause well as we all know the new current gen release of GTA 5 thats in the making will be the 3rd time its appeared on a console lol i'm hoping the release of this and the release of GTA Online as a stand alone game marks big things for GTAO like new cities and content as i believe personally that Rockstar will now solely concentrate on GTAO its's their biggest asset right now :) I personally think "GTA 6" will be a GTAO DLC not an actual game :)

I don't get why they wanna keep everything hidden, hype the game up already.

Not declining it sounds like good news to me

It would be nice if it is in the works.