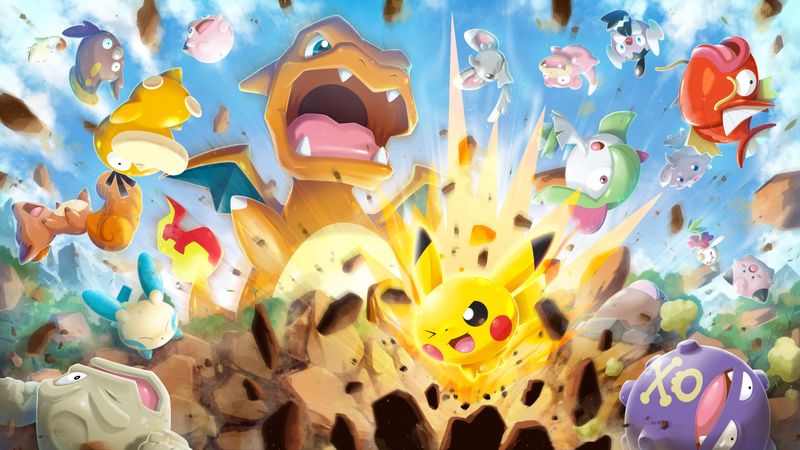 4.5
The maker of a number of Pokemon spin-off games has been acquired by the co-owner of the Pokemon franchise. Last October, Creatures Inc., one of the three companies that co-owns The Pokemon Company and the Pokemon franchise, announced it purchased Ambrella, a Japanese studio best known for its work on the Pokemon Rumble series of games. The news followed the shutdown of Pokemon Rumble Rush, a mobile game with a heavy online component. While Ambrella was technically "dissolved" as a part of the purchase, the company's IP is now owned by Creatures, while its employees are still employed as Creatures staff.

The move (which was only noticed by English-speaking outlets this week) consolidates a few parts of the Pokemon world under a single umbrella. Creatures is best known for its development of the Pokemon Trading Card Game and for its Pokemon CG Studio, which creatures the 3D models of Pokemon used by the main series game. However, the company also develops some Pokemon spin-off games, such as the Pokemon Ranger series and Detective Pikachu. The acquisition of Ambrella gives Creatures another series of well-known Pokemon games to use, along with the rights to games like Hey You! Pikachu and My Pokemon Ranch. While both Creatures and Ambrella work almost exclusively on Pokemon games, they are separate entities from The Pokemon Company from the Pokemon franchise and have worked on non-Pokemon properties.

The Pokemon franchise is gearing up to celebrate its 25th anniversary, with plans underway for the rest of the year. Notable releases already announced include New Pokemon Snap, which will be released in April, as well as the Pokemon UNITE MOBA. Other anniversary celebrations include new card sets and collaborations with pop star Katy Perry, McDonald's, and Levi's. Other announcements are also coming, including potential remakes of Pokemon Diamond and Pearl.

I never played Pokemon Rumble. But seen some Youtubers play it.