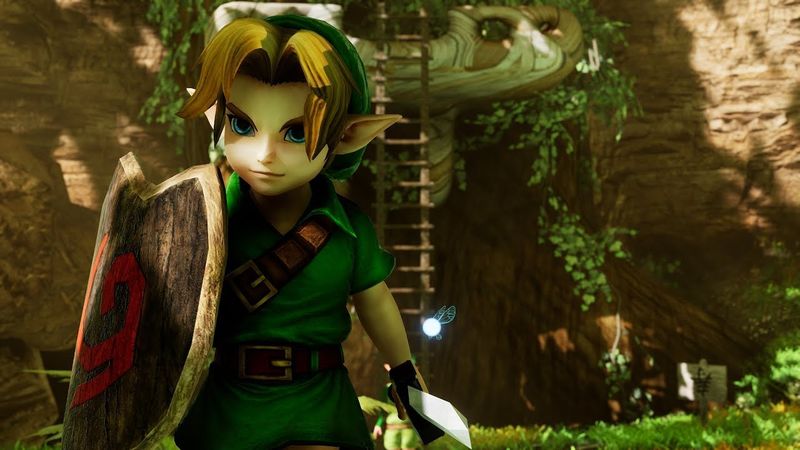 4.3
The latest footage of the Ocarina of Time remake showcases the Castle Town and the Temple of Time.

The Legend of Zelda: Ocarina of Time is a fan favorite entry in the long running franchise and many fans over the years have created a wide variety of fan projects. In one of the most ambitious projects I’ve seen yet, Yianni Papazis is currently working on a remake of Ocarina of Time in Unreal Engine 4.

You can check out the latest gameplay video below, and the work so far is absolutely stunning:

The footage covers both the Castle Town and the Temple of Time. What makes this remake so impressive, besides the incredible graphical upgrade itself, is how well Papazis manages to retain the whimsical character designs and vibrant color palette that Ocarina of Time is known for. You can download the Windows Build here.

Lon Lon Milk is found as an item in only a few Zelda games, like Ocarina of Time or The Wind Waker on GameCube. While the milk itself doesn’t appear in other games, there is a location called The Milk Bar in Majora’s Mask, The Phantom Hourglass, and A Link Between Worlds, where presumably the milk from Lon Lon Cows is sold.

"Legend of Zelda Fan is Remaking Ocarina of Time in Unreal Engine 4" :: Login/Create an Account :: 5 comments

Amazing some of the work people can do. I hope it works out and not get flagged.

A part of me wishes they would keep things like this on the hush until it's completed. You know Nintendo is going to take the axe to this.

I can't believe the talent some people have, I really hope this doesn't get removed ...

I'm sure this will get removed just like all the other Nintendo remakes sadly. Might have to check this out though Ocarina of Time is an awesome game.