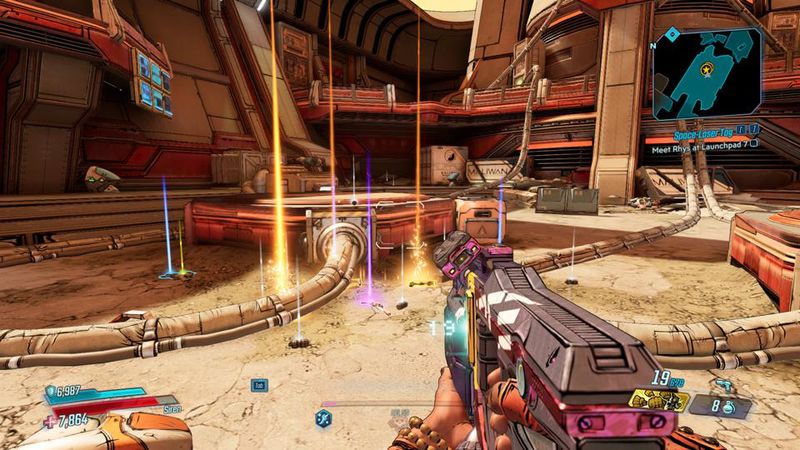 3.4
Perhaps the biggest story of this week is that Borderlands developer Gearbox Software has been acquired by Embracer Group, the same entity that owns divisions such as THQ Nordic and Saber Interactive. The move was a bit of a surprising one at first, but it now seems like we have a better idea of why Gearbox opted to join Embracer moving forward.

In a new conversation with GamesBeat, Gearbox CEO Randy Pitchford opened up about the acquisition and what it means for the company in the future. For the most part, Pitchford stressed that it was a move that is only going to help the studio in the near and long term. Pitchford explained that Gearbox is very much primed for success, but in recent years, it has struggled to accrue capital for the projects that it wants to tackle. Joining Embrace now helps alleviate that stressor moving forward.

To that end, Pitchford then talking about how this newfound stability also allows the company to expand into new territory. The longtime face of the studio specifically touched on new IP and how Gearbox has a lot of ideas that it’s looking to capitalize on right this moment. “We have so many new IP concepts that are in our incubator, that are ready to explode,” Pitchford said. “We could wait for the right publishing partner who’s willing to make a bet, rather than only take a risk on something they know Gearbox has already done before. Those publishers that have taken risks on us for what we want to see next have always been rewarded. But for some reason they can’t be comfortable with that kind of risk. Now we get to take that risk.”

Pitchford then went on to stress that this flexibility that Gearbox now has didn’t come at the cost of anything that it already owned. He pointed to how Epic Games at one point sold the Gears of War IP to Microsoft in order to sustain itself in the future and later bring about Fortnite. “We can maximally deliver on the IP we have and pursue new IP as a consequence of this relationship,” Pitchford explained. “That’s incredibly exciting for me. I feel like we’re just getting started.”

At the moment, it remains uncertain just how many games Gearbox might be looking to work on in the future, but based on Pitchford’s comments, it sounds like it could be a busy time at the studio. Gearbox is still toiling away on Borderlands 3, although other projects are likely very much quietly in development as well. Whenever those games see the light of day, there's a good chance they'll come to next-gen hardware in PlayStation 5, Xbox Series X/S, and PC.

You should actually read the article :) Borderlands 3 has been released for a year and a half now.

Good about their upcoming projects. Borderlands 3 will hopefully come soon.