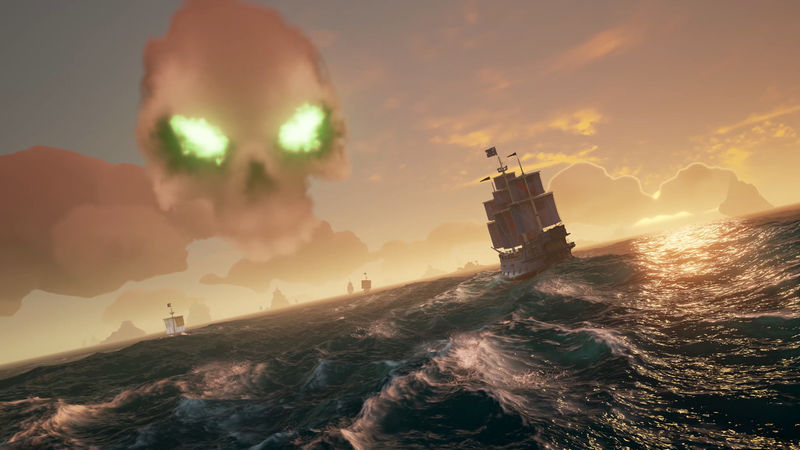 4.5
Sea of Thieves has today finally kicked off its new seasonal format. Season 1, which is live right now, brings with it a handful of unlockables, cosmetics, and other goodies to obtain for those still playing the pirate sim. In addition, a major new patch has also rolled out which brings about a number of new changes.

Season 1 of Sea of Thieves will finally switch the game into a format where, like many other titles on the market, a battle;e pass is being implemented. This "Plunder Pass", as it is being called, will contain exclusive items that cannot be obtained in any other manner. Outside of this Plunder Pass, though, all players will gain access to an entirely free pass that will contain 100 tiers. Each level will bring with it a new item of some sort for you to utilize in-game.


On the new content front, Season 1 also adds new events to Sea of Thieves. Rather than simply resorting to Trials like in the past, these events will give players specific objectives to complete within one month. And as normal, completing these objectives will result in unique rewards.

Lastly, as for the major changes that have also rolled out with Season 1 today, the latest patch for Sea of Thieves has brought with it a number of bug fixes and gameplay improvements. One of the most notable additions in this patch though is likely that of 120hz support. If you have a monitor that can take advantage of this, Sea of Thieves can now support 120hz on Xbox Series X consoles. The update in total ranges between 6GB and 8GB depending on your platform.

Sea of Thieves is available right now on Xbox One, Xbox Series X/S, and PC.

tO0t Anyone play this? Never really tried it and am wondering if it's worth picking up

I played it when it first came out and was playing many hours a day for at least the first couple months and then I got bored. If you don't have anything to really play right now I'd give it a go. Especially they have have added a lot more content.

Anyone play this? Never really tried it and am wondering if it's worth picking up