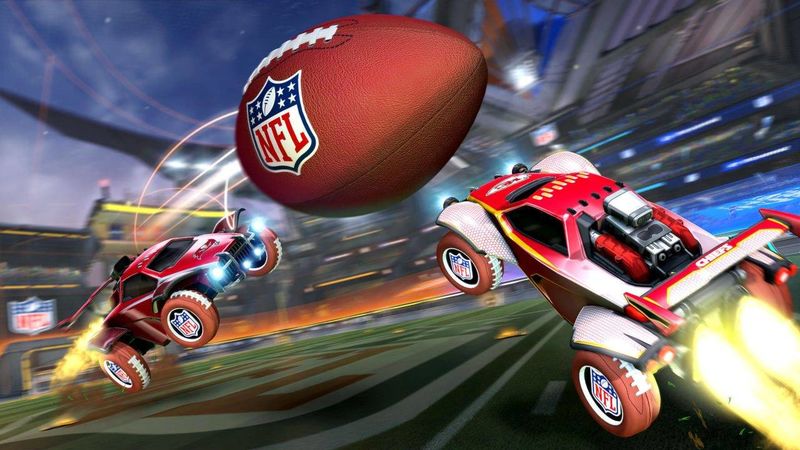 4.8
Rocket League is taking part in some football-related festivities of its own as we near Super Bowl LV. The latest mode brings the NFL to the Arena.

Super Bowl LV takes place on February 7. It pits Patrick Mahomes and the Kansas City Chiefs against Tom Brady and the Tampa Bay Buccaneers. And, while this is the biggest event of the season for the NFL, they aren’t the only ones celebrating. Psyonix and Rocket League are joining in on the party with a new mode called Gridiron. It runs from February 2-8, so make sure to hop in quickly before it’s gone.


For the new Rocket League event, the team has made some fun changes. First and foremost, the normal ball has been replaced with an American football for the 4v4 mode. That should introduce some very interesting new ball physics. On top of that, when you touch the ball, it attaches to the roof of your car and you become the ball carrier. As the ball carrier, you can only single jump. Double jumping will cause you to drop the ball. It all sounds pretty wild.

They’re also changing up the point totals. If the ball enters the goal while attached to a player, they score seven points for their team. However, if they pass it in, they only get three. On top of that, you have to stay in bounds, or else you’ll fumble the ball.

And, of course, the NFL Fan Pack is coming back to the item shop. So, you’ll be able to grab decals for your favourite team just in time to hit the Gridiron.

Rocket League is available now on Nintendo Switch, PC, PS4, and Xbox One. The Gridiron mode runs from February 2-8. Be sure to take a break and watch the actual Super Bowl though!