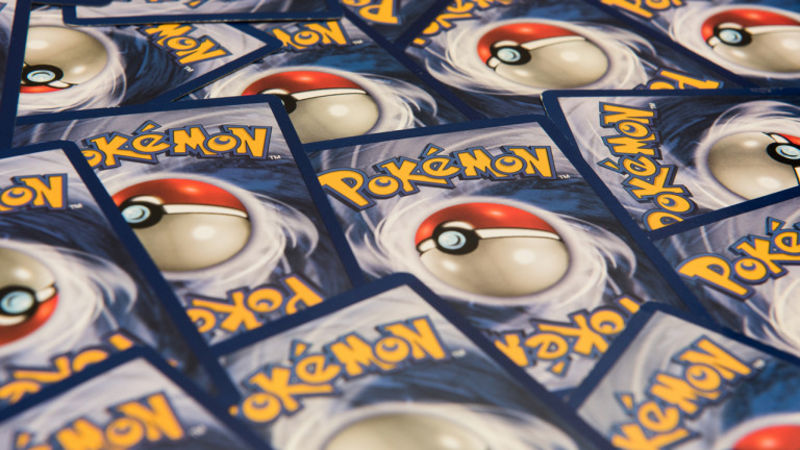 3.5
An incredibly rare Blastoise card has sold for $360,000, making it one of the most expensive Pokemon cards ever sold. Last year, a Pokemon collector revealed that he was offered a house worth $400,000 for a BGS-graded Charizard, but this Blastoise card sold for cash, and it might be even rarer. According to Heritage Auctions, this is one of just two Blastoise cards commissioned by Wizards of the Coast in 1998 for the purpose of presenting them to Nintendo to get approval for translation into English. The card received an 8.5 CGC grading, and features a design just a bit different from what the final product ended up looking like.

An image of the card can be found below. 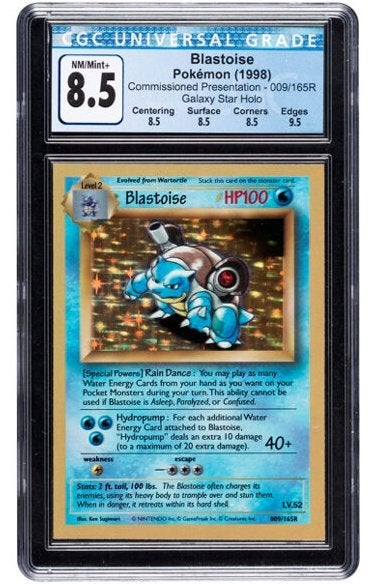 While this is one of two Blastoise "presentation" cards, it should be noted that the other card's status is unknown. It's entirely possible that the card was lost or given away, or even destroyed. Sadly, all of these options are completely in the realm of possibility. Unless the second card shows up, this one will have to be considered a one-of-a-kind!

One of the most interesting things about the Blastoise card is how much it differs from the final product released by Wizards of the Coast. Notably, the corners on the card are sharp like a trading card, as opposed to the rounded, playing card style that the company ended up going with. Pokemon Power was also known as "Special Power." Perhaps the most significant difference is the way that Blastoise's HP is written. This clearly preceded the shadowless version of the text, which was followed by the final "shadowed" version. Clearly, Wizards of the Coast made a lot of alterations to that text before the company settled on a preferred look!

Pokemon cards have seen a massive resurgence in popularity over the last few months. Some of this can likely be attributed to streamers on sites like Twitch and YouTube, who have found a significant amount of attention through unboxing and opening videos. Last month, a college student was able to flip a $4,000 purchase from 2016 into $80,000 for medical school. While the Pokemon TCG has been going strong since its debut, it's unclear how long this increased secondary market will last. A card as rare as this Blastoise, however, should remain a coveted collector's item!

Looks pretty dope! Who ever can afford this out there then cool.