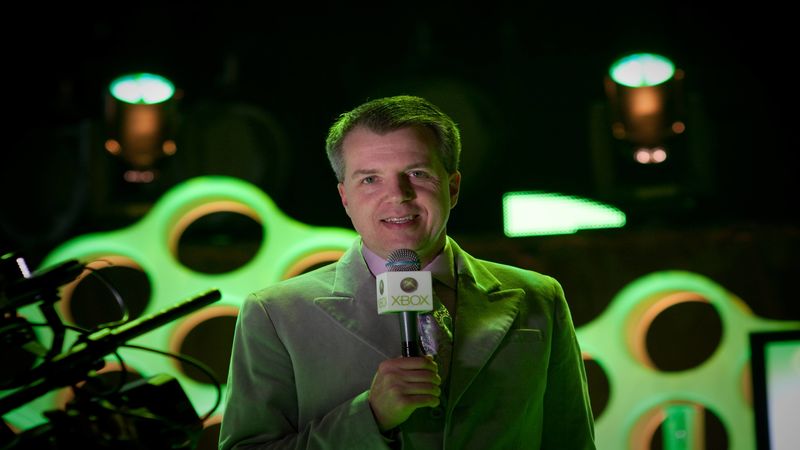 3.5
Larry Hryb, Xbox Live's Major Nelson, just accomplished a pretty impressive achievement. He has now been with Microsoft for 20 years, originally joining Microsoft and the Xbox team in 2001.

Hryb works as the director of programming for Xbox Live and has been the face of the online network for quite some time. Many players will recognize his face as someone advertises Xbox Live deals from the home menu of the Xbox, or someone who is very active on social media. Recently, he took to Twitter to post a link to his blog, where he shared his gratitude and celebration of his 20th anniversary with Microsoft.

In his blog post, Hryb compares his first day of working with Xbox to being a kid standing on Main Street at Walt Disney World. He was one of the first figureheads of the company to connect directly with customers and work directly alongside the Xbox team, and that's not something he took for granted. Major Nelson continues to work alongside the biggest names at Xbox, as just recently he had Phil Spencer on his podcast to discuss the Xbox Series X. "I feel incredibly fortunate," Hryb writes.

Today, January 15th, it is with great gratitude that I celebrate my 20th anniversary at @Microsoft. I share some of what I have learned in this journey here https://t.co/2B8Gh9br5e


In attempting to somehow outline his past 20 years, Hryb highlighted a few key things that he is appreciative of learning. The first thing he mentioned was "looking ahead," mentioning that at Xbox it is important to be pioneers and always look to be enthusiastic; to wonder. The Xbox Series X is certainly a future-proofed console, which the team spent a lot of time working on, but it is likely already working on what is next. Whatever it is, "taking a leap" is something that Major Nelson has learned is important as well.

Hryb also talked about focusing on generosity and gratitude, something that Phil Spencer and other gaming heads take seriously. On that same page, respect is something that is very important to Major Nelson and was emphasized. From a business perspective, keeping it simple, speed, and problem-solving are all things that Hryb has learned to take seriously with his time at Microsoft.

Something that Hryb learned during the Xbox 360 era was to "always fall on the side of the customer." This perspective had become more evident during the second half of the Xbox One era and into the launch of the Xbox Series X, as Microsft has become a consumer-friendly company. With all of its first-party games coming to PC as well, many games being cross-play, Minecraft staying on Switch and PlayStation after Microsft acquired Mojang, and Xbox Game Pass, it is clear that Larry Hryb takes seriously the idea of a customer focus.

My fiance has shown me him befor. Amazing he's been there 20 years.

Isn't this the guy who is featured on the ttg YouTube channel? Didn't know he worked for Microsoft I thought Sean paid him

Only know him for his announcements.

This man is the only thing consistent to the Xbox lmao