Friday the 13th on Xbox One Gets Matchmaking Update 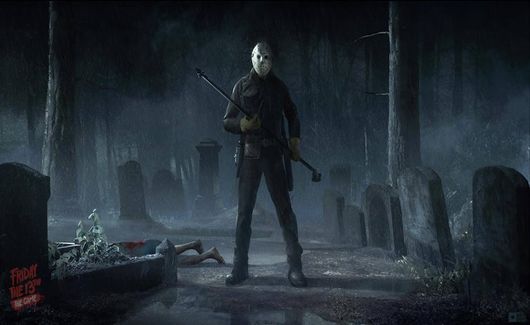 4.6
Since its launch last week, Friday the 13th: The Game has suffered a number of technical issues across all platforms. Even though the game has had problems on all systems it’s available on, the Xbox One version seems to have been neglected more than others, missing the day one patch that the PC and PS4 versions enjoyed. Illfonic and Gun Media have since released a significant patch for the game on Xbox One that addresses a long list of issues.

Perhaps the most notable change to the Xbox One version of Friday the 13th: The Game in its latest update is its improvements to matchmaking. According to the patch notes, players should be able to find online matches faster than they were able to before. Those that have been frustrated by Friday the 13th: The Game‘s matchmaking issues on Xbox One should rest assured that there are plans to continue improving on it in the future as well, with Illfonic partnering with Microsoft to speed up the matchmaking process even further.

Along with the improvements to matchmaking, the latest update for Friday the 13th: The Game on Xbox One addresses many glitches and other problems with the game. Among other things, the patch fixes issues with the repair mini-game, boat physics, weapons not firing, characters getting stuck in objects, and more.

"Friday the 13th on Xbox One Gets Matchmaking Update" :: Login/Create an Account :: 11 comments

This is the type of game where you should play with a mic and some friends to have fun. Or just a mic to talk to the people in the game. Never played the game yet but I might pick it up.

This game is so much fun mang, so glad they are fine tuning it so quickly.

Still yet to play this game but even after the fix people are still saying it's broke? Might wait and bit and then try it anyone recommend it ?

I have a few issues with connection and now i am able to play full games without disconnecting. I recommend purchasing!

Loved the movie. Can see the game due to it being interactal wil be awesome

Watched some game play on it and it actually looks really fun to play. Just waiting til all the multiplayer issues are fixed to purchase the game myself.

It's still not fixed still broken