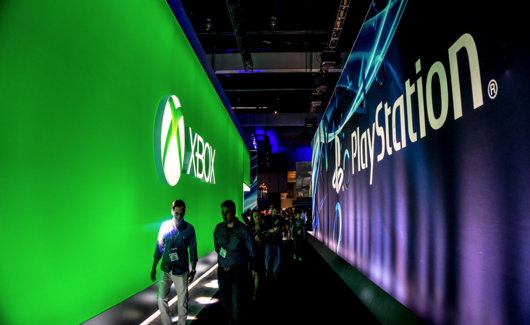 4.6
While we will have to wait for the NPD numbers to report what system ultimately ended up dominating in the all important holiday shopping month of November, we are already starting to get preliminary reports about Black Friday specifically, commonly referred to as the largest day for shopping in the year.

This newest report by InfoScout (which was provided to GamingBolt), America’s leading source of analysis on consumer behavior, states that the PS4 won handily at retail this Black Friday, while Xbox One took the crown as far as online sales go. Sony’s victory, according to the report, comes at the hands of the excellent Uncharted 4 PS4 bundle, which was available for as little as $212.

In terms of online shopping, Xbox One’s $299 1TB consoles, bundled with a popular game such as Battlefield 1, ensured that the console would pull ahead there. Amusingly enough, however, it also seems like the Xbox One S’ aesthetic advantage over the PS4 Slim and the PS4 Pro didn’t matter much at all- less than 8% of the total respondents cited the consoles’ exterior designs as being a factor guiding their purchases.

You can check out the graphs showcasing some of this data below. Meanwhile, we await the NPD report for the month of November to find out what reigned and what did not in this all important month.

i look through old news articles and the same people are commenting, mvc hunters

212 for a ps4 is really good deal and that uncharted 4 bundle makes it worth it.

357 That is strange I've never felt the need to buy a console online I want it right away even if there were great deals online I'd like to get the console when I purchase it, not a day or 2 after.

Oh, no! What will you do to pass the time of waiting for an over-priced console?
#FirstWorldProblems

Kind of suprising for me.. I'd expect it to be the opposite

Who cares? They both are terrible excuses for a gaming machine

Good to see it is still even.