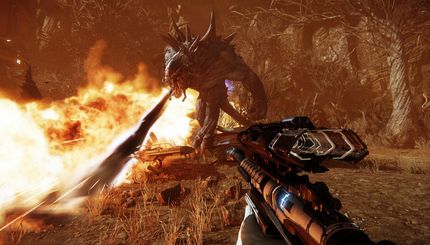 4.7
It's another week and Xbox Gold members will be able to take advantage of some excellent deals that will knock up to 75% off certain titles.

As usual, it looks like Xbox One owners will be getting some great deals on some of the consoles latest titles that include: Forza Horizon 2, Evolve, Call of Duty: Advanced Warfare and WWE 2K15. Xbox 360 owners aren't forgotten and although the game selection might not offer the latest titles, this week's deals will see a up to 75% on titles like: XCOM: Enemy Unknown, XCOM: Enemy Within, Spec Ops: The Line, Duke Nukem Forever, Borderlands, Hitman Blood Money, Deus Ex Human Revolution, and Lara Croft & The Guardian of Light. Xbox 360 owners will also be able to get 50% off on WWE 2K15 and 35% off on Call of Duty: Advanced Warfare.

Naturally, pricing isn't listed as it can vary from region to region. But, you can login to your Xbox One or Xbox 360 to find pricing details.

Some decent deals, Xbox one have a lot ofgood deals regularly to be fair to microsoft

Those deals for the Xbox One look much better than those of the Xbox 360.

Yukina For some reason I kind of want WWE 2K15, I don't know why but it's seems kind of fun.

you can get duke nukem at gamestop for like 2$ already

Of course the xbox one deals would be better than xbox 360 :(

Sanctyy XB1 deals seem to be getting better and better. Very nice. I have the games I would have bought already, but nice to see better games getting better discounts now.

Still, They will never compare with SteamSales.

XB1 deals seem to be getting better and better. Very nice. I have the games I would have bought already, but nice to see better games getting better discounts now.