Xbox One Software Development Kit Leaked on Twitter With Documentation 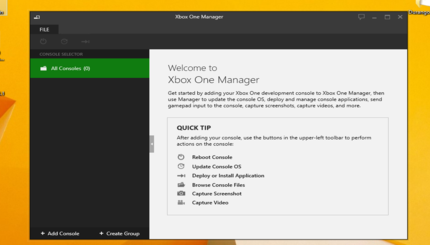 4.6
This has not been a good few weeks for Microsoft given Lizard Squad and their obsession for taking Xbox Live offline and to their dismay it appears we may have what will become the first major leak for the Xbox One that should ignite a modding scene comparable to what the Xbox 360 enjoyed.

The hacking group H4LT contacted us regarding their leak of the official Xbox One Software Development Kit software via their twitter account as well as other news outlets. Through their twitter they have supplied multiple screenshots and mirrors for the public to partake of. It appears that their leak of this software is part of a multi-release intended to unite a community for modding that would usually become fractured from secrecy and pride. Only time will tell if this release is truly able to change the attitude of those normally associated with console modding in the past.

Small Interview VIA DM with H4LT

What was the reason for leaking the SDK if any?


We leaked it to the community because if something is shared then.. progress is achieved faster than alone

Something kept between us will not achieve anything. Share it with the community = creativity and research. Shared is how it should be.

The SDK will basically allow the community to reverse and open doors towards homebrew applications being present on the Xbox One."@notHALT"

Do you have any other leaks planned?


We have plans to leak future software. But right now, we can't name them just incase.

Once the SDK is out, people who have knowledge or has in the past reversed files related to the Windows (8) operating system should definitely have a go at reversing some files in there.Why? Well, the Xbox One is practically a stripped Windows 8 device and has introduced a new package format that hasn't had much attention. This format is responsible for updating the console and storing applications (Games are under the category of 'Applications' on the Xbox One) and is a modification of Virtual Hard Disks. There is no definite 'exploit' but from what we have studied and tested, this simple Packaging format could possibly lead us to creating Homebrew applications for the Xbox One."@notHALT"


UPDATE #1: It appears H4LT has leaked the SDK documentation on their twitter.

Documentation for the SDK available: https://t.co/chv86kLt65

I downloaded this. This could be a breakthrough for modding!
Will check this out!

Poor microsoft lol... Starting to feel some sorrow for them

You want creativity? I'll give you ... well i don't have a xbone but that is sick hope i see some amazing stuff on the forums.