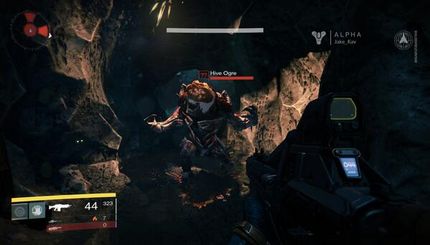 The studio says the title update reduces the difficulty of a number of activities and addresses issues with the game's first six-player raid, Vault of Glass.

The patch was released ahead of today's launch of Destiny's latest public event, Queen's Wrath. It runs until October 6 and offers players the chance to earn Unique Legendary Gear and Unique Rare Gear.

"The Queen's emissary is prepared to reward Guardians who extinguish the enemies of the Reef," reads an official description. "New Bounties will be available, and challenging missions and modes await those who prove themselves."

I love this game. It is my all time favorite. I do agree that if you are by yourself, you will have a real tough time.

I still think some parts of the game are pretty hard, if you dont have other players with you ofc

Ortho why reduce the difficulty? I swear people don't like anything close to a challenge anymore

That is pretty true. Havent really seen a game that is actually mostly impossible to play these days.

That's why I think it would have been more fun hard, takes longer to complete and feels more rewarding that way. But people complain and want easy games so that's that

Good to see the difficulty reduced.

By reducing the difficulty they removed some exploits fore glimmer farming.

Gossip They should make it so it will match you with people who also want to do this. I don't know about everyone else but I don't even have 5 other friends that play this game to do the raid with me.


If you have Xbox One add me:TheRealBunEmery

I'm definitely getting this game when I get paid now.

I think it was a good move because they didn't really cause any problems. Just a bit easier on a certain difficulty

Just the fact that getting insta-killed after dropping the relic was annoying, and plus people don't know how to get a good team of Lvl 27-28s.